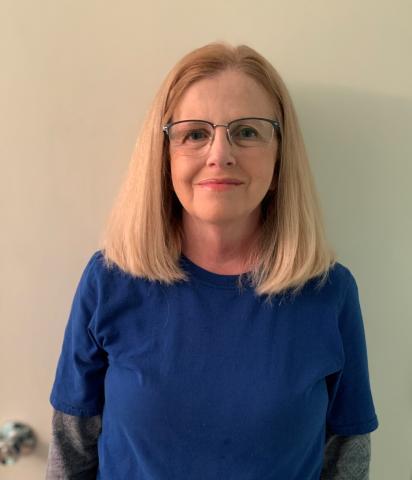 When Garey and I returned from spending a week at our daughter’s house in Louisiana, I noticed our Christmas tree had decided to take a nap on the living room floor.  I was sure my cats, Brother and Sister, were as surprised as I was…Not!  I would recognize their handiwork anywhere.  “Well, that is one difference in my pets and Nikki’s.  Rabbits can’t climb trees,” I thought.

Nikki and Thomas have three pet rabbits.  Two, Gandy and Leggy, have the run of the living room; one, Butters, stays in Nikki’s office.  Butters, a small female, tends to be mean to the two larger gray males.  Nikki keeps one of those children’s safety gates between the two areas.  I call Butters the Boss Mare.

Nikki grew up with me, a mom who let our cats have the run of the house, except for our food areas—I’m a stickler for clean food prep and serving areas—so it’s no surprise that she has a soft spot for her bunnies.  Our cats have climbed on the furniture, hung from the curtains and chased each other from one end of this house to the other.  Yes, it has meant constant brushing and sweeping and de-furring.  Garey told me a couple of weeks ago that we are not getting new living room furniture till we no longer have cats.  My cats tend to live to the 17 or 18 year mark, so we might be sitting on the rug by the end of Brother’s and Sister’s run.

Compared to the furnishings provided to Nikki’s bunnies, however, my cats live in Ethiopia.  All three rabbits have bunny castles, made by a company in Pennsylvania.  Gandy and Leggy have a two-story, with an access bridge.  They each have their own litter boxes and feed and water bowls.  They are fed on a schedule, mostly hay for digestive reasons, but also fresh greens and fruit.  In the afternoons, they get food pellets.

Did you know that rabbits play with toys the way cats do?  Granted, most of their toys are made from wood or woven grasses, so they are edible.  Nikki’s bunnies have little trees, hanging with wooden carrots and other pieces of carved wood.  They also have balls made from willow twigs and treat boxes that they have to figure out how to get into—for brain stimulation.

Nikki and Thomas don’t have kids and don’t plan to, so their love and affection is showered on these little animals, who are all rescues.  I love watching her with them.  They are so affectionate.  She will lie down in the floor to rub their little faces, then they will give her bunny kisses with their noses, twitching from one place to the other on her face.  They know they live in a feathered nest, and they are grateful.

Grateful isn’t really a word you associate with cats, who tend to see their advantages as their due.  Most cats will sit beside you or in your lap and let you rub them, but they don’t usually reciprocate.  It has been the same with all my cats until Brother.  When I rub brother, he will bump my lips with his nose, usually three times in a row, in a cat kiss of sorts.  When I lie down on the couch to watch TV, Brother has to lie beside me—not near me—beside me.  He places his head on my pillow, next to my face, then puts his arm and paw under my chin.  If I’m sitting, Brother is in my lap.  If I’m up walking around, Brother is following me, like a dog would do, waiting for me to sit, so he can climb into my lap.  Garey says he is my titty-baby.  Garey is right

My cats are pretty dependent on me for food and shelter and affection.  It’s not that they can’t hunt.  I’ve stepped on a few mouse carcasses in the kitchen during the A.M. hours, getting a glass of water.  They are inside/outside cats, so they know how to climb trees and watch out for themselves, but when they are indoors, they live like royalty.

There have been times when I’ve thought about doing what the mama Eagle does to get her babies to leave the nest.  She plucks all the soft down away and leaves only the sticks.  The sticks become uncomfortable, and the babies have to get out of the nest and learn to depend on themselves.  But you know and I know that I will never do that.  These cats will have a feathered nest as long as I still have a breath in my body.