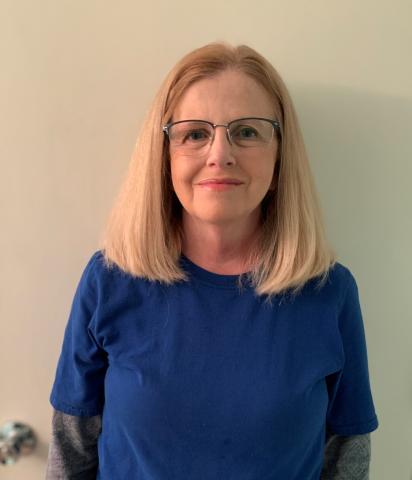 There is a verse in Second Timothy that reads: “In a large house there are articles not only of gold and silver, but also of wood and clay; some are for special purposes and some for common use (NIV).  I don’t think my husband, Garey, has ever read that verse or if he has, I believe he has misinterpreted it.  He tends to take some of the things I have set aside for special purposes and puts them to common use.

Once, he filled my yellow Tupperware bowl with scraps and left it in the dog pen.  I rescued it before there was too much damage.  He used one of my large granite pans—the ones I use during canning season—to catch the oil he drained from his tractor.  He took my rectangular cake carrier to soak some deer meat.  I found the bottom first then the top weeks later.  It’s been years since I’ve seen my favorite metal cookie sheet, and just this week, I found one of my good washcloths draped over a chair in his shop.  Do you know how many bags of rags we have?  More than you have, I guarantee it, so I don’t know why my good washcloth was in his shop.

If I want to strike fear in Garey’s heart, all I have to do is speak the words, “Have you seen my…?  He will spring into action, running to the place he last used my whatever it was.

“Have you seen my white bucket?” I ask.

A few minutes later, I hear him in the utility room scrubbing out the residue from the last task in which he used it.  He will return it to me in the pristine condition in which I keep it.  If I remember right, Garey is actually the one who found the bucket in the first place, but I have put it to so many good uses, that I’ve laid claim to it—squatter’s rights, and all.

To be fair, I’ve used things from Garey’s shop I thought were just random things lying around, only to find out later that the items were saved for special purposes.  The one that comes to mind is a small plastic measuring stick that I used to scrape the inside of a bottle.  I put it back where I got it, but I roughed it up a bit while using it.  I saw him use it one day to measure a depth on something, and I felt really bad for not taking better care of how I used it.

Garey and I get really attached to items we use every day, and even though we could replace them with newer versions, we always say things like, “Well, there’s nothing wrong with this one” or “I just don’t want to spend the money on a new one.”  Sometimes, when I’m searching through my cabinet, I will run across some beautiful something I’ve put back for special occasions, like my hummingbird cake plate with ceramic cake server.  I will take it out of the box, admire it, then put it back where I found it.  “It’s too pretty to use,” I tell myself.

From talking to those who have lost spouses, it is the items the person used over and over that break your heart when you come upon them.  I remember helping Garey’s mom, Aggie, clean out her basement after Garey’s dad died.  The thing that stopped Aggie in her tracks was J.D.’s toolbox.  She tried to go through it, but finally just had to go back upstairs.  If Garey goes before I do, it won’t be the expensive black cowboy hat our daughter bought for him in Texas that will cause me to grieve.  No, it will be the ragged old Diver Down slouch hat that Garey wears at least once a week.

I made a request of Garey recently.  I told him that when his mom passes away, I would like for each of her four grandchildren to have one of her iron skillets.  They all like to cook, and it would be a good way to remember and honor their grandmother.

In the end, I know stuff is just stuff, but it’s what we do with things, how we use them to help or serve, that attaches importance to those things.  At the close of our lives, our children and grandchildren will search for the ordinary things that had special purposes in our lives.  Those are the things they will want to keep and remember us by.