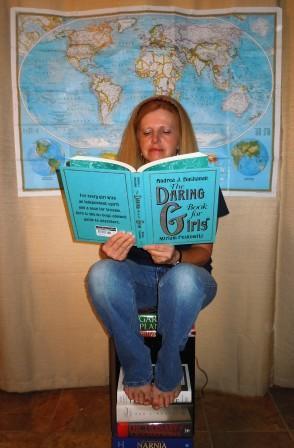 My friend, Dennis Kinkade, passed away last week.  If you read my column, you probably stumbled upon  it as you were scrolling through the opinion page looking for Dennis’ column.  That’s what most of us writers do each week, anyway, look for Dennis’ column.  Dennis was a writer’s writer.  He had that mixture of curiosity and discernment that makes for a powerful writer.  I’m not sure how many years he wrote newspaper columns.  He wrote for the Banner long before I started, and he wrote for Beech Tree from its inception until he passed away.

Several of Dennis’ friends spoke at his funeral service on Saturday.  Their eulogies contained a common thread.  Each spoke of Dennis’ thirst for knowledge, his curiosity, his acceptance of viewpoints that were not his own, and his kindness—attributes that define all great men.   Dennis wanted answers, and he was patient enough to seek them out.  He considered all points of view.  He didn’t just pretend to consider them in order to appear open-minded.  Acceptance of others and their thoughts and ideas was woven into the fabric of who he was.  Curiosity and acceptance of others are important attributes, but the one that touched me most was his kindness.

I read once that you speak what you know, but you impart who you are.  Dennis Kinkade was the personification of kindness.  Do you know how rare that is?  I’ve come across that soul-defining kindness in only three people in my lifetime: Bob Ross, Mr. Rogers, and Dennis Kinkade.

When my children, Natalie and Nikki, were young, there were two shows on public television they never missed.  “Mr. Roger’s Neighborhood” was Natalie’s show, and “The Joy of Painting” with Bob Ross was Nikki’s.  During that time in our lives, I was pretty much running around doing all the things I was constantly running around doing.  I could not understand Natalie’s interest in Mr. Rogers.  He seemed so insignificant.  One afternoon, I sat down—from sheer exhaustion more than anything—while Natalie was watching Fred Rogers.  It was then I understood why she was enamored with him.  Mr. Rogers wasn’t creating more clamor in a world already saturated with clamor. Mr. Rogers, like Dennis Kinkade, was asking questions, leaving room for answers, and treating his audience with kindness.

Bob Ross gave to Nikki what Mr. Rogers gave to Natalie, a safe place to learn.  Nikki loved to draw and paint, and she loved to watch and listen to Bob Ross as he painted “happy little trees.”  If Bob made a mistake, he found a way to blend the misstep into the rest of the picture to create a beautiful canvas.  He wasn’t harsh or judgmental.  He was always kind. (Gordon Ramsey—Kitchen Nightmares—could take a lesson or two.)  I’m glad my children had Bob Ross and Mr. Rogers.  I had Dennis Kinkade.

Anybody who read his column or attended the local writer’s guild or went to church with him at MCC had Dennis.  He made sure of it.  He was accessible.  He was all in.

Last year, when our friend, Don Davis, passed away, I was sitting by myself at church, crying, because I couldn’t stop crying.  Dennis made his way over to me, and he just stood beside me as I cried.  I remember his eyes and the compassion I saw there.  He didn’t say anything, he didn’t try to fix it, he just stood there beside me and felt the sorrow with me.  The book of Proverbs tells us, “What is desirable in a man is his kindness.”  Dennis Kinkade was the personification of kindness.  Anyone who brushed up against him felt it immediately, just like the woman who touched the hem of Jesus’ garment and felt the healing power go through her being.  Kindness is like that.  It leaves you forever changed.  Thanks, Dennis.