Celebrating Sixteen Years of Service to the Children of Butler County 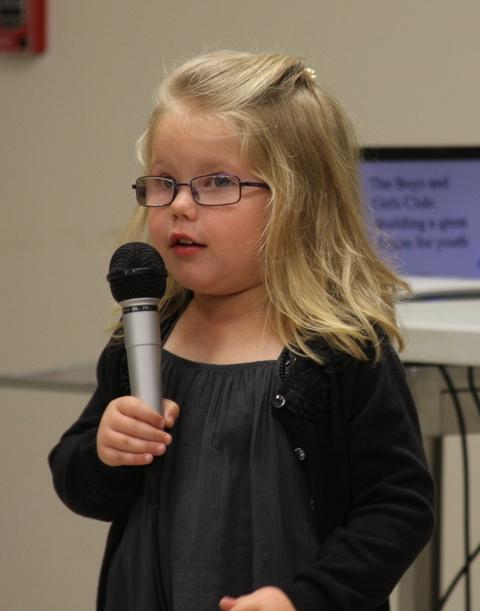 “We are the smallest club in the smallest community of all the Boys & Girls Clubs,” said Anita Jenkins.   Jenkins called herself the grandmother of the club, as she shared a brief history of the Club that opened their doors in December of 1996.
“Some of the people, who helped start the Club, are no longer with us, Mayor Charles Black, Walton Hines, Charles Barlow, and Gerald Jones.  Others like Bruce White, Phyllis and T Ray, and Glendal Coleman are still here, and many others have served on the board,” said Jenkins.
According to Jenkins grant money has provided the building and paid the utilities for the club.
“It has always been about taking care of the children,” said Jenkins.
The Boys & Girls Club of Butler County has 287 children enrolled and serves an average of 101 per day.
“We are a place that grows apples, that fall far from the tree and carried into the future,” said Debra Hall, Director.
Dinner was served by Frances Holland and entertainment was provided by Club members.

The guest speaker for the evening was Dr. K. Brent Askins, of Western Kentucky University.  He encouraged everyone to “Make a Difference” for the children of Butler County.  According to Askins, over 15 million children in the United States are unsupervised between the hours of 3 to 7:00pm.

Certificates of Appreciation were presented to businesses, individuals, and groups for their support of the Boys & Girls Club of Butler County by Bruce White and Debra Hall.

Submitted by Lecia House (not verified) on Wed, 31/10/2012 - 2:03pm
My son was the first in Butler County to receive a scholarship towards college through the boys and girls club. This was a great placefor our kids when they were the age that could go and now all of ours are grown.