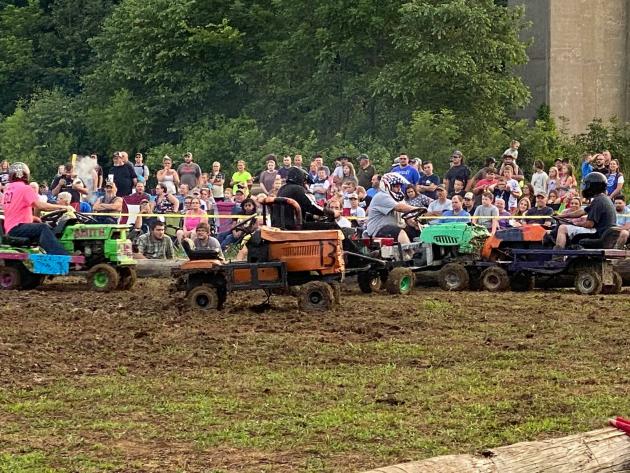 Over one thousand people from seven counties showed up at the Old Fairgrounds by the Green River to watch the Catfish Wrastlin', Crash-Up Derby, and Demolition Derby. 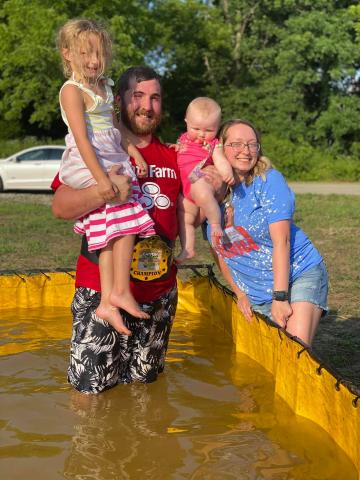 Returning Catfish Wrastlin' Champion, Corey Burden, had some tough competition from the field of twelve competitors; however, he could retain his belt against a powerful Missy Morgan in the final round. 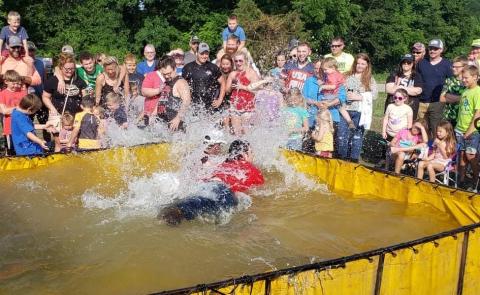 The Morgantown Volunteer Fire Department set up their training pool and filled it with water for the event. The catfish varied in weight from ten to thirty pounds. 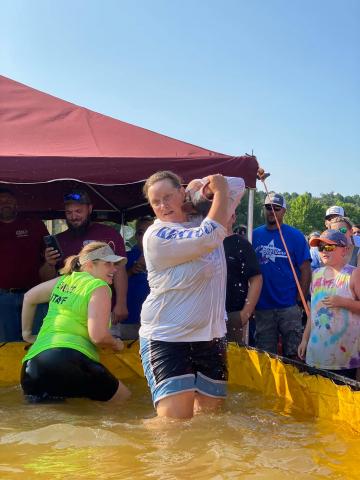 The smaller catfish proved to be very elusive, as many of the spectators were splashed with water from diving in the water, attempting to take the belt away from Corey.

Robin Johnson also got wet as she was announcing the contestants for each round. Johnson encouraged the crowd to count to three as the contestants held the catfish over their head.

Smith Funeral Home was proud to sponsor this event for the second time and set up a tent for the catfish awaiting their turn in the ring. 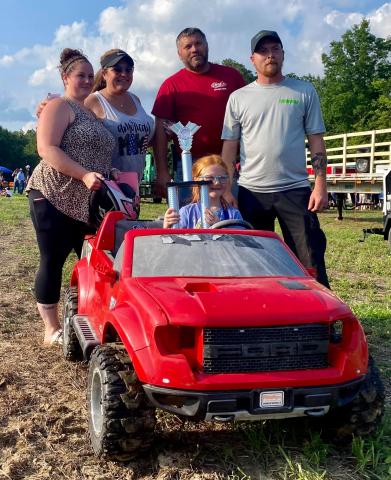 Ryleigh Flesner was the winner of the Crash-Up Derby sponsored by Chad Johnson's Body Shop and Wrecker Service. Ryleigh starts the first grade in August; she looks sweet, but when the boys found out she was competing, they decided to go fishing instead of going against "Ryleigh the Recker." 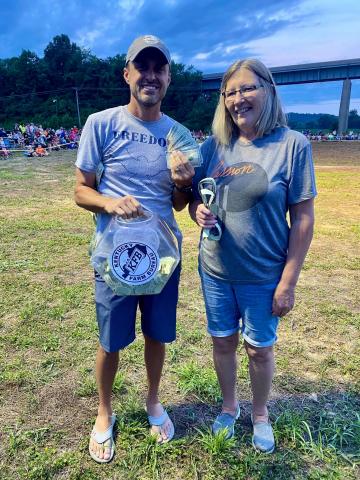 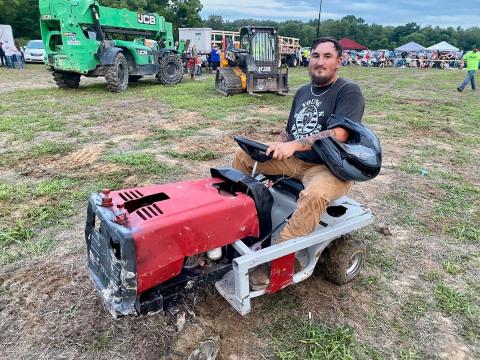 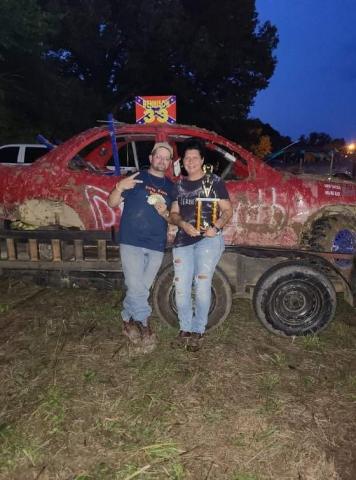 The Morgantown Fire Department wet down the field, which proved beneficial because many sparks were flying from collisions. 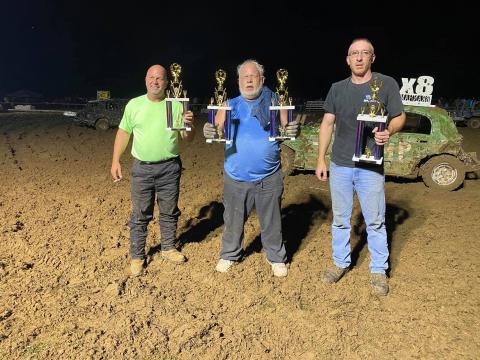 The Big Car Division was won by a father-son team of Shane Tucker and his father, Blake. They also won the Maddog Trophy for most impressive driving and collisions. The third-place winner was Jeffery Branham. 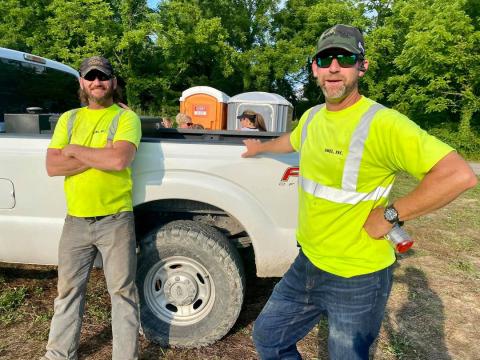 Green River Equipment Leasing was a major sponsor for this event. Scotty's Contracting and Stone provided the telescoping lights.