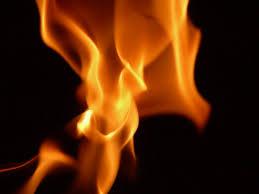 A Caneyville man lost his life in a house fire Saturday morning.

Leitchfield Fire Chief Tim Duvall said his department arrived on the scene after the Caneyville Fire Department had already knocked the blaze down, and firefighters then entered the residence to search for 66-year-old Donald Gootee, of Caneyville.

Duvall said firefighters were unable to locate Gootee on their first pass through the residence, but found him in the upstairs bedroom on their second time through after discovering some drywall had fallen and covered him.

According to Deputy Grayson County Coroner Larry Holeman, Gootee's wife had been in the residence with him at the time of the fire, and, after being alerted by the smoke alarm, she tried to get to her husband but was driven back by heavy smoke.

Gootee was pronounced dead by the Grayson County Coroner's Office at 2:45 a.m. Saturday, and his body was transported to the State Medical Examiner's Office for an autopsy. Holeman said the preliminary autopsy report states Gootee died as a result of smoke inhalation.

The residence remained intact following the fire, with most of the damage occurring upstairs, Duvall said.

No other injuries were reported. The cause of the blaze has not yet been determined, but officials believe it was accidental.

The fire remains under investigation by the State Fire Marshal.