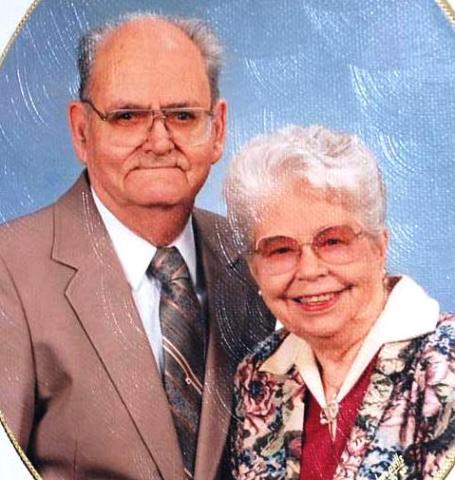 “We drove the Alaska highway four times before we ever homesteaded,” declared Stella Mefford months ago from her room at Morgantown Care and Rehab. She was all smiles as she prepared to tell of her travels. She had been recommended by Shirley Allen, director of volunteer services, as part of their oral history effort.

Originally from Huntsville here in Butler County, Stella has many stories to tell and she proved it that day. Also, what could be more heart warming around Christmas than stories of trial in the frigid interior of Alaska.

Stella and husband “Bob” were married in Butler County in January of 1949. His tour of duty in the Army found them stationed at a base in Fairbanks. But their choice of a place to homestead would be a bit south of there.

“After his retirement, we homesteaded this side of Fairbanks,” she recalls. It was about 100 miles actually. Their region of choice was Delta Junction, the junction of the AlCan and Alaska highways. “We were lucky to get a homestead on the highway. You have to go way back in the mustang to get a homestead now unless you find somebody who died or something. Somebody was leaving and we happened to have some cash to pay him on his improvements that he had. We finished it up, working hard.”

“You could take 40, 60 all the way up to 120 acres. We picked 60 acres because we were afraid the military would ship us out before we got our patent. They called it patents, we called it deeds.” She exclaimed.

“The old timers taught me a lot about keeping stuff for the winter. They dipped everything in paraffin and put it under the bed (such as) rutabagas and carrots,” She then recounted an occasion of preparing meat for the harsh winters. “We got our moose right across from our homestead. We saw a car stopped on the highway with people pointing and we saw the moose.” Bob grabbed his gun and soon the moose lay dead. “The animal was so big we could not lift the head,” she continued. That’s when Bob asked Stella to drive for help. The animal was dressed, quartered and hung in the garage. That winter they cut off a portion each day for the next meal. Asked if they got tired of moose, she replied, “You don’t get tired when that’s all you had.”

Earlier, while they lived in a trailer court, someone once gave them bear steaks to eat. They tried it, didn’t like it and so passed the food along to an Alaskan Eskimo lady and her family.

Referring to winters on base she recalls,” We had civilian neighbors and lots of times their car wouldn’t start and (because they were) walking to base, they would be knocking on our door and wanting to warm their heads over our heater. There would be icicles on their eyelashes. Your breath would freeze.”

She spent the rest of the visit talking of baptizing, burials, Yukon stoves, and such.