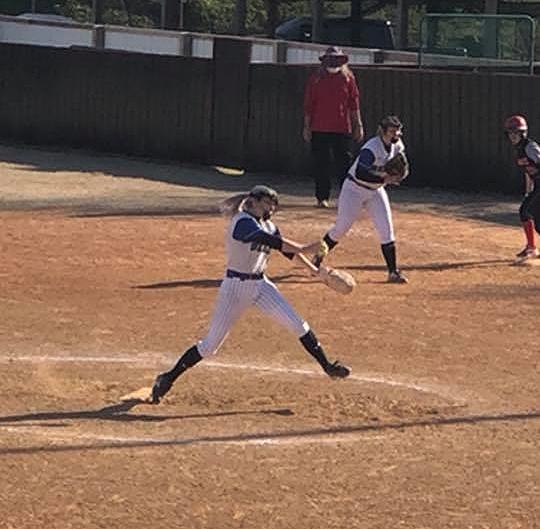 With two wins over the weekend and a 7-6 victory over Meade County on Thursday, the Butler County High School Bears advanced to 5-1 on the season.

Butler County moved ahead early and never allowed Ballard Memorial to score, pulling away to win 7-0 in six innings in the Lady Falcon Invitational at Hickman County High School on Saturday, April 3.

Aliceson Hunt was was the winning pitcher for the Bears. Hunt pitched all six innings, allowing zero runs on five hits while striking out three and walking zero.

Abby Cooper went 2-for-2 at the plate to pace Ballard Memorial offensively.

Butler County was limited offensively as Calloway County pulled away to win 4-0 in the Lady Falcon Invitational at Hickman County High School on Saturday, April 3.

Calloway County outhit the Bears 6-4 and turned in an error-free performance defensively.

Izzy Housden earned the win in the circle for Calloway County. Housden surrendered zero runs on four hits over five innings, striking out 10 and walking one.

Adison Hicks and Kylie Stallings each collected multiple hits for Calloway County. Hicks went 3-for-3 at the plate and homered to lead the Lakers.

Paige Kramer, who finished with one hit, drove in two runs for Calloway County.

The Bears outhit Hancock County 10-3 and committed one less error in the field.

Butler County scored first and never trailed. Breaking open a scoreless game, Butler County pushed across three runs in the top half of the third inning.

Aliceson Hunt earned the win in the circle for the Bears. Hunt pitched all five innings, allowing one run on three hits while striking out two and walking zero.

Meade County dropped to 5-2 as a result of the loss.

Aliceson Hunt earned the win in the circle for the Bears. Hunt allowed 15 hits and six runs over seven innings, striking out five and walking zero.

Meade County lost despite holding a 15-9 advantage in the hits column.

Meade County committed one error in the field.

Butler County is scheduled to face Knox Central in the Grayson County Spring Break Bash in Leitchfield at 1 p.m. on Friday, April 9.