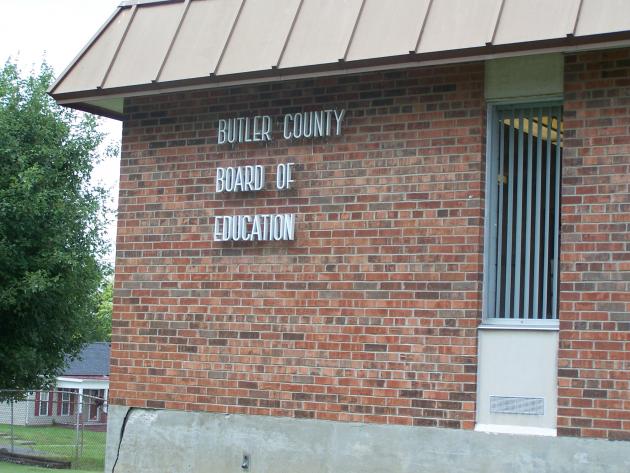 In the wake of last week's school shooting at Sandy Hook Elementary in Newtown, Connecticut, local school officials are taking this opportunity to review existing procedures, as well as considering new ones.

The school shooting, which claimed the lives of 26 elementary students and staff members, has sparked a renewed interest in school safety.  It appears the shooter, in this case, gained access to the school through a window.

In a letter to teachers and administrators on Monday, Butler County Schools' Superintendent Scott Howard reiterated the district's commitment to maintaining the safest possible school environment.

"When a tragedy like this happens it reminds us of how precious life is and how fortunate we are to work with our community's young people," said Howard.  "It is our responsibility to reassure students and one another that we will continue to be ever diligent and strive to keep schools safe."

Howard said plans are in place at each local school and teachers and administrators have reviewed plans of actions in dealing with a variety of situations.  Each classroom has a detail course of action in the form of a flip chart for easy reference.  Initial school procedures call for a school-wide lockdown but full-scale evacuation plans are also in place, which the district practiced last school year.  All doors are kept locked and visitors have to be "buzzed in" after identifying themselves and speaking with a school representative.

"We will review all of our procedures with our teachers and continue to practice and drill with lockdown protocols," said Howard.

"These officers are armed and in full uniform.  We do not have a full-time resource officer that goes to the elementary schools - Morgantown Elementary and North Butler Elementary - but officers visit and do walk-throughs at these schools periodically throughout the year," said Howard, who indicated the district is pursing grant possibilities that could lead to a second resource officer.

According to Howard, school officials scan (metal detecting) entering students each day at the high school — a practice that will increase in frequency at the middle school.

Howard stated that no changes have been implemented thus far as a result of the shooting in Connecticut but that he and school officials are always considering ways to improve school safety.

"I do feel very good about all of our security measures but we need to review everything and continue to practice and drill.  Our school safety committee will be meeting in the upcoming days to discuss our plan and see if any changes need to be made," said Howard.  "I am sure there will be some new initiatives that come down from the state and federal level.  We will be watching this very closely."

Mr. Howard appeared on John Embry's Out on a Limb Radio Show (WLBQ 1570 AM) on Thursday to discuss the topic of school safety, specifically as it relates to Butler County.  In that interview, Howard said he would like to add a second, vestibule-style waiting area for visitors after they enter the building.  North Butler Elementary has this type of entrance — a design feature that became standard after the Columbine shooting in Colorado in April of 1999.

Mr. Howard also spoke about the renewed interest in implementing a program to train designated teachers to essentially serve as first responders, which would include firearm training and access to a firearm in the school setting.  Although this is proposal that would likely require action by the Kentucky General Assembly and a revision in state law, Howard said there has definitely been renewed interest in this approach and that it's something he would consider at the local level should it be sanctioned by the state.

"My main concern is the safety of our children," said Howard.

Governor Steve Beshear on Thursday asked Kentuckians to observe a moment of silence Friday morning for the victims of last week’s school shooting in Newtown, Connecticut.

Connecticut Governor Dannel Malloy declared Friday, December 21 a day of mourning, and Connecticut citizens will observe a moment of silence at 9:30 a.m. that day. Gov. Malloy has asked that other states join in this remembrance.  Houses of worship and other buildings with bells are encouraged to sound them 26 times — one ring for each of the 20 children and six adults killed at the school.

“We grieve along with the families in Connecticut, and in this small way we can show that we hold them in our thoughts and prayers,” Gov. Beshear said. “A loss of this magnitude touches all of us, and we share their heartache. By coming together to observe a shared moment of mourning and reflection, however, we stand in support of the Newtown community and families, and in memory of the precious lives lost.”

The moment of silence will be observed at 9:30 a.m. local time throughout Kentucky.

Gov. Beshear previously directed that flags at all state office buildings be lowered to half-staff through Friday in honor of the victims of the shooting, and encouraged individuals, businesses, organizations and government agencies to join in this tribute.

Submitted by Jason Shumway (not verified) on Thu, 20/12/2012 - 9:50pm
This was a very thorough and informative article. It was necessary to many of us parents wanting to know what transformations were taking place in Butler County. Thank you John and Mr. Howard for an article and job well done. May God bless all regardless of their need or circumstances!