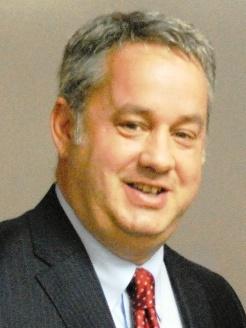 The last year of data before a new Kentucky testing system is put in place was released this week, with local schools showing a mixed bag of improvements and declines in scores. Butler County for the first time along with 33 other districts have realized the effects of the ever increasing No Child Left Behind (NCLB)  goals of having all student scoring at the proficient level in reading and math by 2014.

For NCLB requirements, districts are gauged on the total population. Schools within the district may make all of their goals but the district may not because of the total size of student population and their performance on the state test. The district will be sending out letters to parents explaining testing results and outlining improvement strategies. The district is also eligible for technical assistance from the state.

Superintendent Scott Howard says, “Of course, we are disappointed that we did not meet all our district goals for NCLB this year. However, there were many bright spots.  If we look at student growth and the fact more students are scoring at the proficient and distinguished levels, we are headed in the right direction.  Butler County, as a whole, consists of many groups of people.  There are hardworking students, supportive parents, and dedicated teachers and staff.  We have kids doing great things every day.  There are many ways that we can judge success.  We should not determine success based on one test.  Now is the time to take all of data and break it down so that we can revise our school and district plans so that each child is given the best opportunity to reach their highest potential.”

Only one of four schools met 100% of NCLB goals. North Butler Elementary met 100 percent of their goals with Morgantown meeting 90 percent. North Butler showed improvements in Science from 80.93 in 2010 to 85.42 in 2011.  Morgantown Elementary improved On-Demand Writing from 67.64 in 2010 to 73.00 in 2011. The state had a slight decrease in reading and math performance as we saw that echoed here in our district.

Butler County Middle had some of the largest gains across the board in the district this year. They met 90 percent of their goals. They improved the number of students scoring proficient and distinguished in reading and math by a considerable margin. Regardless, they fell slightly short of the AYP goals in reading. In 2010-11 school year BCMS reading measured at 73.62 as compared to 70.63 in 2009, and was above the state average of 69.90. Math increased from 57.62 in 2009 to 64.26 for 2011. Increases were made in Science from 65.51 to 69.81, Social Studies rose from 43.05 to 56.96, and in On-Demand writing scores went from 35.10 to 37.09.  Even with the considerable growth, BCMS is considered to be in year one of improvement and because it is funded with Title I funds then must face NCLB consequences which includes; notifying parents of their status, reserving 10 percent of Title funds for Professional Development, and revising their school improvement plan to address the area of concern.

District and school level plans for improvement include teacher training, intervention strategy implementation at all levels, data analysis looking for gaps in instruction, training for principals in identifying and supporting quality instruction, and reallocation of Title funds to support improvement

With questions coming from the state commissioner of Education on whether the federal guidelines are fair, valid or reliable we can only strive to improve continually and celebrate the gains that have been made.  Our goal as a district is to have a mindset of continual improvement across the board for all students no matter what the measuring stick may be.