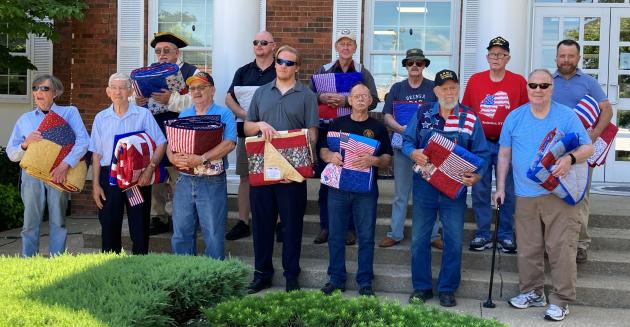 The Butler County Piecemakers started with Darlene Scott who wanted to honor her father a WWII Veteran, later Jennifer Odle joined her to honor her brother Larry Jones an Army retiree.

"Along the way others have helped in numerous ways.  Some sew the kits that Darlene puts together, some donate monetarily, (they operate on donations only) and others open their homes for us to join together and sew," said Odle.

The ones that have helped this year are Sue Abbott, Ann Bartholew, Tammy Plamp, Kay Hampton, Shirley Hampton, Tracy Thronton, and the Midway Homemakers.  The following deserving veterans recieved Quilts of Valor: 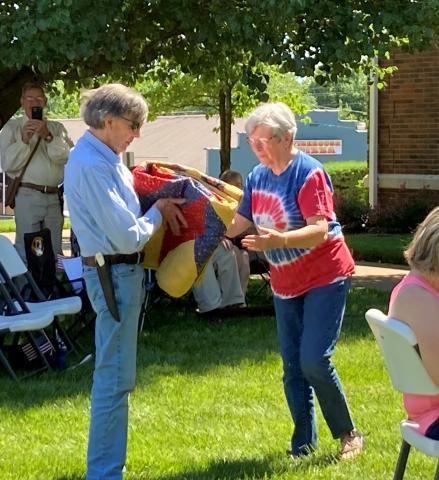 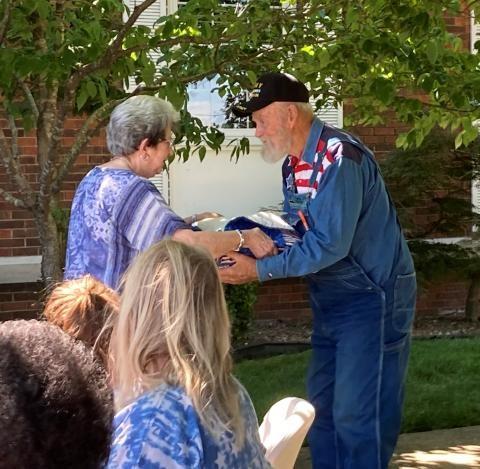 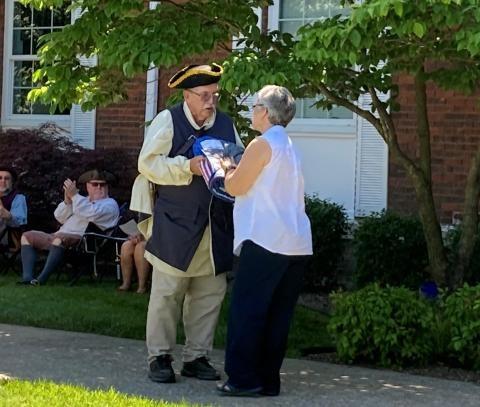 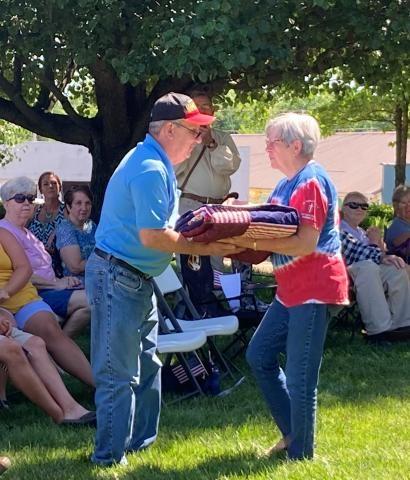 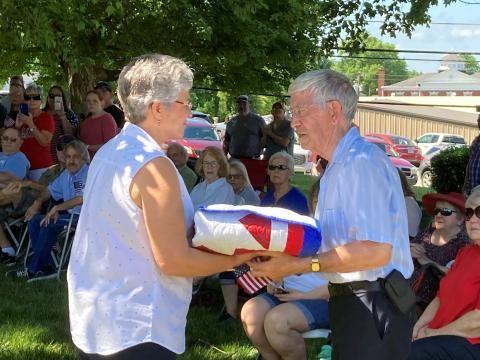 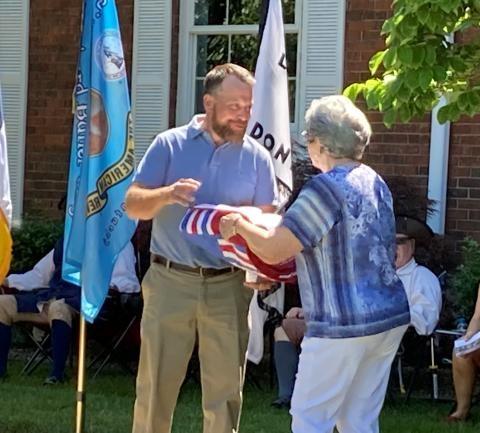 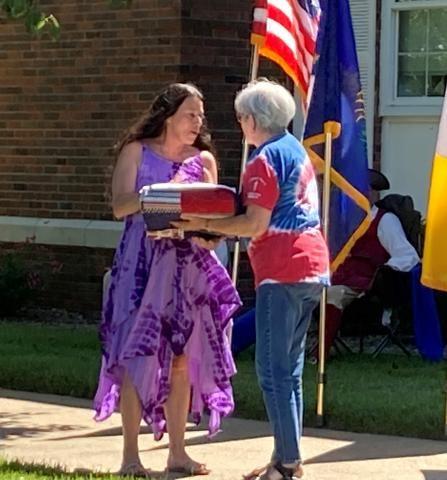 8. George Troutman - US Army ( accepted by his daughter) 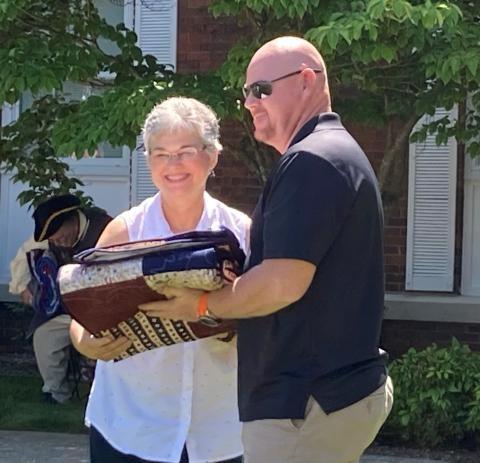 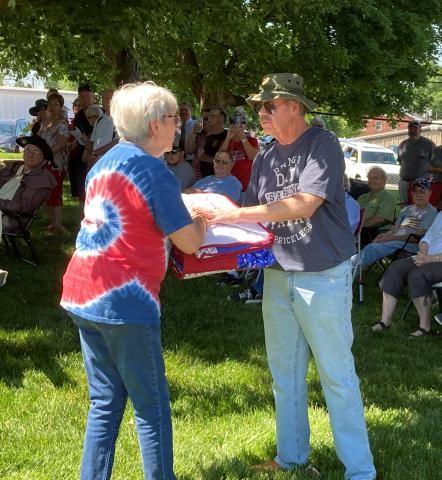 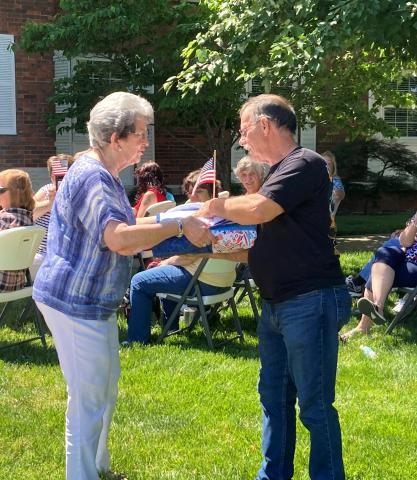 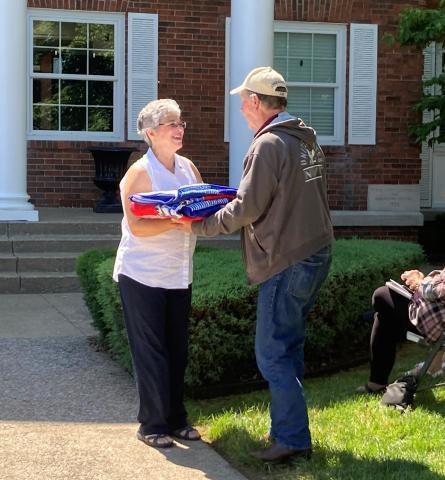 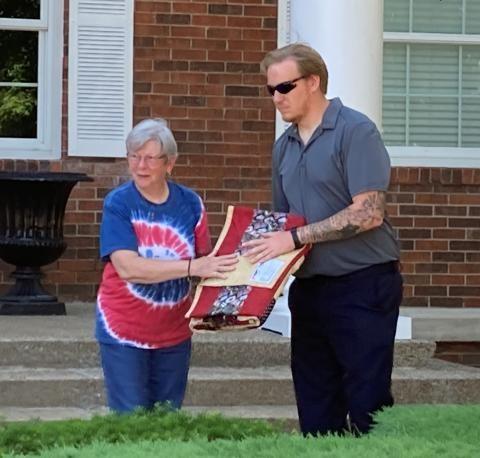 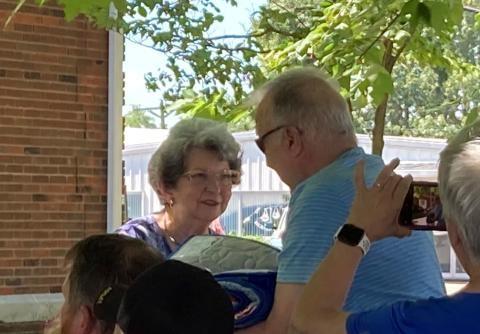