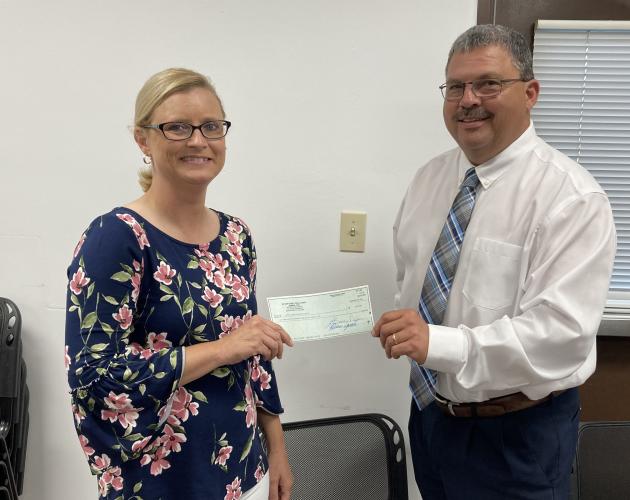 Amanda White with the Butler County Boys and Girls Club shared with the Court several of the activities going on at the Club.

"We only closed for two weeks during the pandemic, "said White.

The Club has been painted inside; a reading room has been added as well as pool tables. In addition, they are using the Moby Max computer program to enhance their study skills.

The Court approved Judge Flener's recommendation of Kyle Moore to join the Butler County Ambulance Board. O'Neil Basham stepped down after serving his term on the board. The current board consists of Pat Daugherty, Chad Johnson, Dwayne McKinney, and Debbie Rose Worley.

The Butler County Fiscal Court approved the first reading of an ordinance: Kentucky Residential Code as adopted by the Board of Housing, Building, and Construction of the Commonwealth of Kentucky and approved Pat Rhoades as Building Inspector for Butler County.

Judge Flener announced that he received the contract for $106,612.88 on the Woodbury RV Park. The federally funded project will construct a pavilion, restroom facility, ten primitive camping locations, 14 RV hook-ups, and solar-powered lights in Woodbury Park. 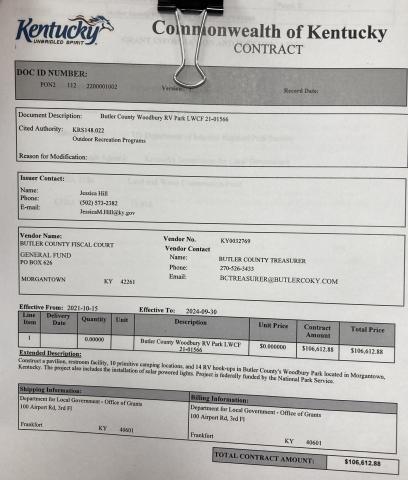 The 4-H Shooting Club will be challenging the County officials and employees to a Trap Shooting competition on October 22 at 5:30 pm.

The Court approved the following:

There will be a called meeting to the Court on Tuesday, October 5 at 9:00 am at the Butler County Courthouse.