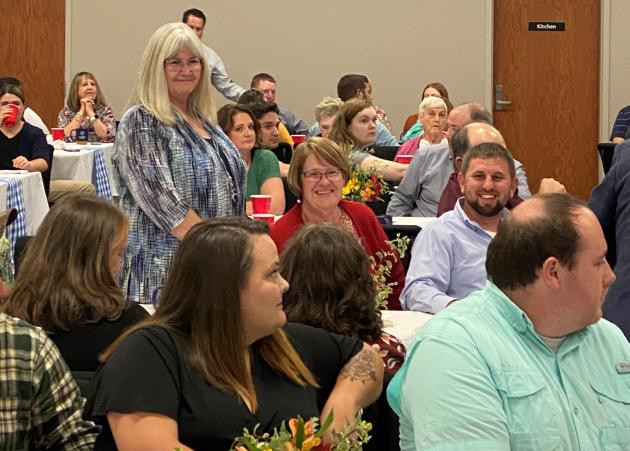 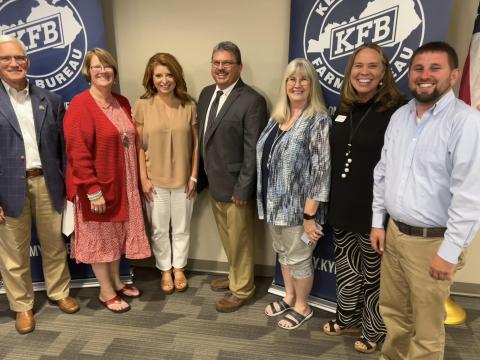 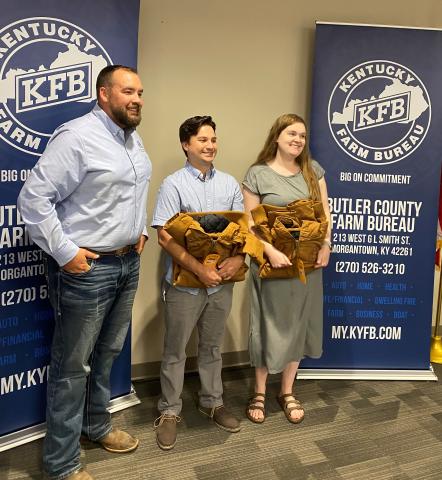 The Outstanding Young Farm Family award went to Carey and Rachel Holton from Morgantown, KY. They are the owners of Greenland Farms, where they raise sheep. They live near the Jetson community. Currently, their operation consists of 350 heads of sheep. 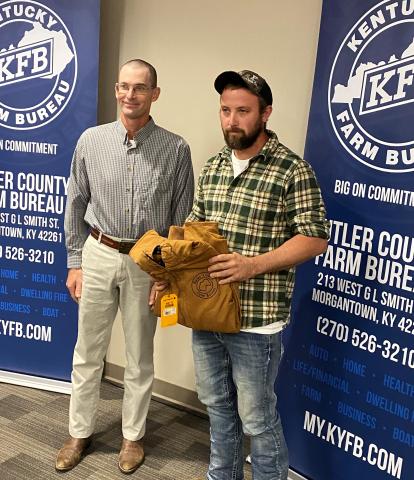 Robert Taylor presented the award for Distinguished Service to Agriculture to Darrell Henkle. 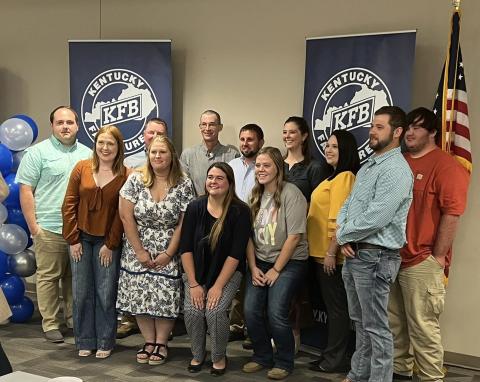 Greg Drake and Woody Moore were re-elected President and Vice President for the new year.