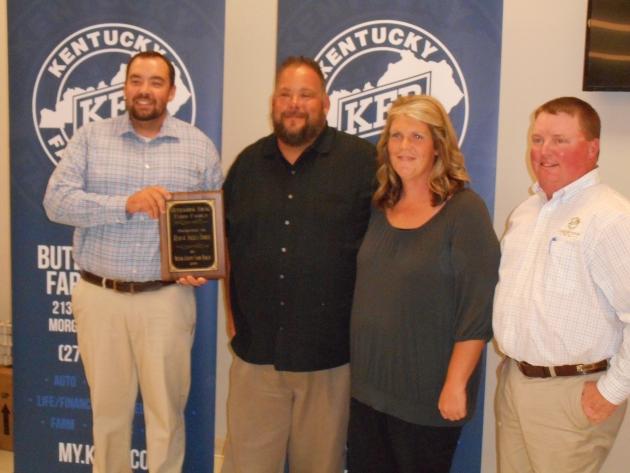 After a meal catered by Green River Caterers, awards were given.  They include:

Caleb Smithson presented Ryan and Angela Emmick with the Young Farm Family of the Year award.  They own Struttin’ Rooster Farms.

Outstanding Service to Agriculture was presented to Rush Midkiff.  (not present) The presentation was given by Patrick Daugherty.

The Outstanding Service to Farm Bureau was awarded to Don Sullivan by Betty Farris.