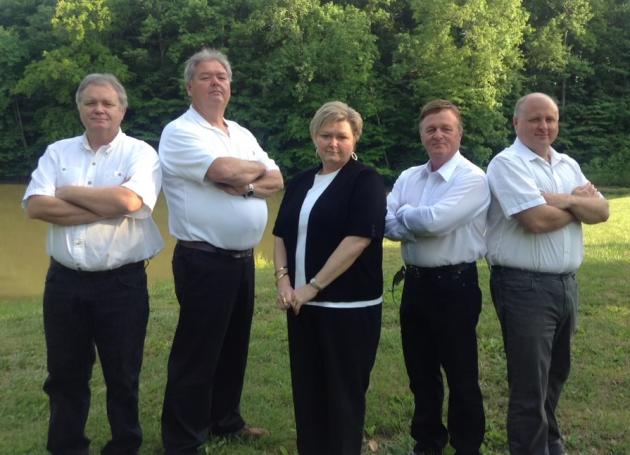 The Butler County Chapter of the NSDAR is privileged to announce the winner of the Community Service Award for the 2020 to the Rose Family Band.

The Roses have had many generations of musicians in their family. It started with Lasso Rose and his son Clifford who were accomplished violinists and taught Lasso’s son Drua to play guitar. He then taught his son Johnny Rose to play guitar and Johnny taught his son Philip Rose the guitar. The Roses also received talent from their mother Martha’s side of the family through the McCrocklins. Her father Elsie was an Accomplished vocalist and led singing in the Presbyterian Church for most of his life. Martha was a pianist and singer.

From Johnny and Martha started the young Roses listening and plucking the guitar, pounding the piano keys, and beating on the drums and it all evolved into the young Roses along with some friends starting the Rose Family Band in 1973. Their first gig was to play for the High School prom Butler County High School.

The band has had many additions through the years. Bill Kuprion, Doug Lindsey, Darrel Dockery, Russsell Givens, Jim Killen, Barry Embry, Jared Decker, Gary Mineer, and Kirk Johnson are just a few of the musicians who have shared the stage with the Roses.

The Band as it exists today consist of Johnny and Phillip Rose, Deborah Rose Worley, Barry Embry and Kirk Johnson.

The Band has generously donated their time, equipment, and talent for many benefits in Butler County. The Band performed Opry Shows for several years and raised money to place air conditioners in the grade schools in Butler County. They have also done Hee Haw shows for Project Prom for many years. They have raised money for individuals suffering financial loss due to illness. They have performed for the Catfish Festival every year since it started sometimes several nights in a row. 2020 will be the first year they did not perform for the Festival since it started due to Coranavirus canceling.

The Band has been privileged on channel 5 in Nashville Tennessee in the 1970’s. They have performed at Executive Inn several times and with Earl Thomas Connelly, The Hagar Brothers, Lula from Hee Haw.

The Roses say their not finished performing and are looking forward to being able to play music in the future.