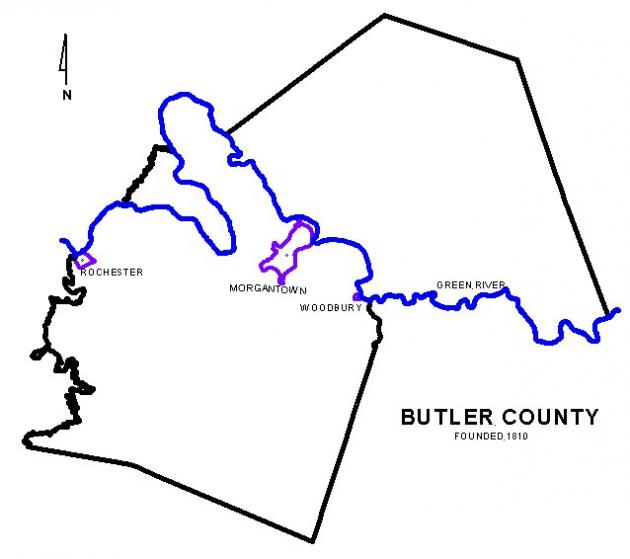 Representative of Butler County, Senator C.B. Embry Jr. (R-Morgantown), worked with colleagues in the Kentucky General Assembly to allocate appropriate funding for the new courthouse project during the 2020 Regular Session.

“It is important that our citizens have access to a courthouse that is updated and functional, as a new judicial facility for Butler County has been a legislative priority of mine for about 10 years,” Embry said. “Despite the economic uncertainties we find ourselves in, I am proud of the responsible bicameral effort that was made this session to ensure that counties receive funding for public projects such as this.”

This authorizing language allows the Butler County Fiscal Court to begin the planning for a new judicial center.

The Administrative Office of the Courts will work with a project development board composed of residents to manage the design and construction of the new building. The facility will offer the latest data, computer, video, and networking technology. The new courthouse will also provide the highest level of Kentucky court security. As stated in the budget, the Project Development Board is the designee that will ensure the hiring of a certified architect to successfully fulfill the project.

Senator Embry added, “I am happy that the legislature has a strong relationship with the judicial branch. It is in the best interest of the Commonwealth that our two branches work together to pass a state budget that benefits our people.”

The project was included in the budget approved by both chambers in early March.

Note:  Senator C.B. Embry, JR (R-Morgantown) represents the 6th District including Butler, Hopkins, Muhlenberg, and Ohio Counties. He is vice chairman of Veterans, Military Affairs, & Public Protection Committee and co-chairman of the Tobacco Settlement Agreement Fund Oversight Committee. He also serves as a member of the Natural Resources and Energy Committee; the Transportation Committee, and the Budget Review Subcommittee on Education.