Burglary at Aberdeen Grocery and two other businesses 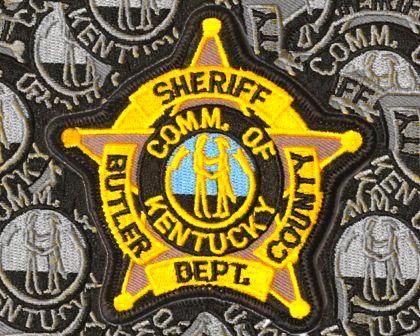 One suspect is in custody and another is still at large following an early Thursday morning burglary at Aberdeen Grocery, Bratcher's Riverside Market, and Lucky Find Junction (in Aberdeen).  The individual in custody is currently lodged in the Grayson County Jail on unrelated charges of arson and criminal mischief.  The identity of the other individual (driver of the vehicle) is known but he is still at large.  Both are from Grayson County.  Arrest warrants are being obtained.

At approximately 2:22 a.m. Thursday morning, January 5, the security alarm was triggered at Aberdeen Grocery.  Video surveillance indicated that two individuals in a silver GMC pick-up were attempting to access the building.  It appears that some sort of weapon was used to bust glass in order to enter the building.  Once inside, an undetermined amount of cigarettes was stolen and some damage was done to the inside of the building.

The suspects did not gain entry into Bratcher's Riverside Market but some damage was done while attempting to enter the building.  A window was broken at Lucky Find Junction.

Both suspects are expected to be charged with Burglary/1st Degree.

Additional details will be posted on Beech Tree News as they become available.