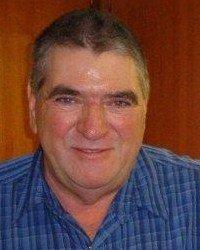 1) Please describe the duties, as you see them, of holding the seat of which you are seeking and how you plan to fulfill those responsibilities.

The city council is the legisltive body of city government. Its duties are enumerated by Kentucky law. 1. Powers and Duties of the Legislative Body a. KRS 83A.130(11) provides that the " legislative authority of the city shall be vested in and exercised by the elected council of the city." City councils may not perform any executive or administrative function, unless specifically authorized by statute. [KRS 83A.130(11)]. For instance, council members may not supervise the day-to-day operations of city government or exercise supervisory authority over city employees. b. NOTE: Although the city council and individual council members may not supervise city employees who are under the executive authority of the mayor, the council may have its own employees. These employees may be supervised as determined by the council. KRS 83A.130(9) gives the mayor the power to hire and supervise all city employees "except for employees of the council." This statute clearly envisions that a city council may hire its own employees to assist it c. KRS 83A.130 and other sections in KRS Chapter 83A set forth the specific powers and authorities of the city council as follows: a. Establish, by ordinance, all appointed offices and the duties and responsibilities of those offices. b. Enact all codes, rules, and regulations for the general public's health, safety and welfare. c. Provide sufficient revenues to operate city government through the adoption of an annual budget ordinance and by levying all taxes and establishing all fees and charges for city services. d. Establish, by ordinance, the compensation to be paid to all elected and appointed officers and employees of the city. [KRS 83A.070]. e. May investigate all activities of city government and may require any city officer or employee to prepare and submit sworn statements regarding the performance of his official duties. If an office, department or agency under the jurisdiction of the mayor is involved, written notice of the council’s action must be provided to the mayor, who then has the right to review any statement before its submission to the council, and to appear on behalf of the office, department or agency in the course of the investigation. [KRS 83A.130(13)]. f. May disapprove regulations promulgated by the mayor. g. May override mayoral vetoes by the affirmative vote of one more than a majority of the membership of the entire council. If the council wishes to override a veto, it must do so by the second regular meeting following the return of the ordinance. h. May appoint a new mayor or councilmember if a vacancy occurs in the office. [83A.040]. i. May remove elected officers for misconduct, inability, or willful neglect of office. [83A.040(9)]. j. May change the manner of electing city officers by adopting the nonpartisan primary election process. [83A.050(2)]. k. May divide the city into wards for the purpose of electing council members. [83A.100]. l. Approve the appointment of nonelected city officers. [83A.080(3)]. m. May call special meetings, upon written request of a majority of the council. As to how I will fulfill my responsibilities I will adhere to the law in representing the people who elected me and try to promote their concerns in my service to them and our city to the best of my ability.

2) What do you feel is the #1 issue that needs to be addressed in Morgantown/Butler County? If elected, what specific steps will you take to address this issue?

I believe industrial developement is the most important way that we can improve our future. Our business community, schools, library, Health Department, city and county government all are dependent on revenue provided by robost jobs and high employment. I will work with my fellow councilmen and mayor to investigate how to make our city as attractive as possible to the companies that provide those jobs in whatever way within our means.

3) What do you see as Morgantown/Butler County’s greatest asset? How do you plan to expose and promote this positive feature?

Our people are our greatest asset, but we need good jobs for them to develope to their full potential. From 2004 til 2007 our unemployment rate was 6.5 % at its lowest and 7.8% at its highest. The rate in July of this year was 9.1% . We have Industrial zoned land that is less expensive than land in some of our larger neighboring cities and we are centrally located between larger cities with access to major transportation routes by way of Natcher parkway. We have a low crime rate and a low cost of living index. We have people in our town and surrounding communities who need jobs. There are a lot of good reasons for prospective industries to locate in our town.

4) Where do you see Morgantown/Butler County in five years?

I would like to see more jobs new factories and growth, but realistically that depends largely on a future that none of us can predict. What we have to do is make the town and county attractive to industry, educate our youth with the skills they need to fill those jobs and hopefully be able to keep our young people here in Morgantown working. I see expansion of new technology making a good education increasingly important. In the 1970’s when I worked at the Health Department, I recall an illegal dump site that was located on Gardener Lane. It was trully an eyesore and needed a major cleanup. Working with County officials, I convinced them that if they cleaned the dump up I would cite anyone caught dumping there. They removed about 10 to 15 dump trucks of garbage. I drove by that spot many times watching for dumping and did send notices to a few that did some dumping. It remained realitivly garbage free after that. Today the aluminum plant that provides good paying jobs is located on that property.

5) What qualifications do you believe you possess that would make you qualified for the position you are seeking?

I am a lifelong resident of Butler County. I have in the past worked for the Butler County Health Department as Health Environmentalist and Center Coordinator and as Water treatment operator for the city of Morgantown. I graduated from Western Kentucky University in 1972 with a Bachelor of Arts degree and a Major in Government. I have worked with City, County, and State officials in the past and look forward to working for the city council and the citizens of Morgantown if elected.

6) What role, if any, do you feel technology has in the future of Morgantown/Butler County? (High speed internet, 3G cellular service, virtual presence of our city/county, etc…)

I believe technology is already having effects on our community and I see that as a huge potential. A decade or so ago we didn’t have online banking, online newspapers, online shopping, or bank card payment at local merchants. There is room for growth and we need to take advantage of it in city Government. Why not set up online payment of our water, gas, and tax bills for the city? A lot of cities use electronic reading of meters to speed up meter reading. Video surveillance is becoming more common to protect property and aid police in court cases where crimes have been caught on film. Some news sources features videos of city and County meetings that enable citizens to be better informed about our elected officials and what they are doing. Technology like this is having a huge impact now and I predict that it will continue to do so in the future.