BREAKING: Howard steps down as superintendent 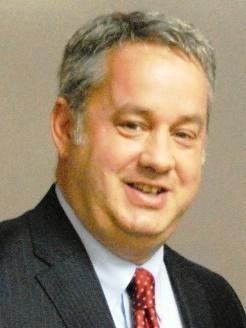 In a letter released at the meeting Howard said the following:

Howard thanked his wife Gina for her support and stated, "I am very thankful and humble for the opporunity to serve as superintendent of Butler County Schools."

Scott Howard began his career in education as an elementary teacher at Lewisburg Elementary in Logan County for seven years.  He returned to Butler County as a classroom teacher at MES, for three years, before assuming the principal's job at Fourth District Elementary, which he held for five years.  Howard served two years as assistant principal at North Butler Elementary following the consolidation of Fourth and Fifth District.  He served as the district-wide food service coordinator, as well, during this time.  Next, Howard was named principal at Butler County Middle School - a position he held for one year prior to becoming superintendent.  Howard replaced Larry Woods as Butler County Schools' superintendent.

The board accepted Howard's resignation.