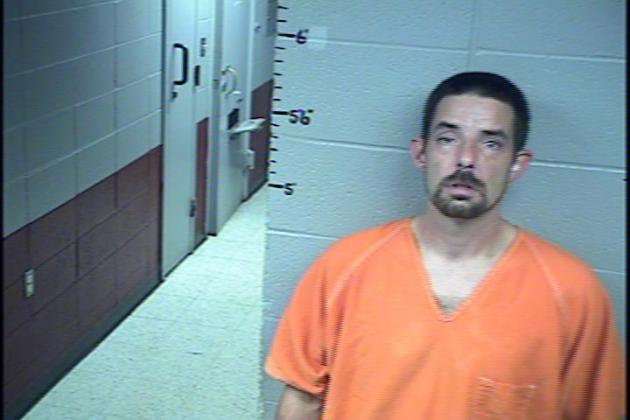 Local law enforcement officers have confirmed to Beech Tree News that an arrest has been made in the double murder investigation involving a Butler County couple in their home earlier this month.  Kevin Dye, 34, of 2420 Russellville Road, was indicted by the Butler County Grand Jury on Wednesday, September 7th on two counts of murder, possession of a handgun by a convicted felon, receiving stolen property (firearm) and persistent felony offender second degree.  Dye was served in Butler County Jail where he is currently lodged.The Kentucky State Police has been investigating the murder of Kenneth and Dorothy Neafus, who were found dead inside the home on Richland Church Road in south Butler County.

UPDATE 8/12/16:  The State Medical Examiner’s Office in Madisonville has determined that the cause of death for Kenneth and Dorothy Neafus is homicide. The Kentucky State Police in Bowling Green is now working this investigation as a double murder. No further information will be released at this time.
Anybody with any information about the murder of Kenneth and Dorothy Neafus is being asked to contact the Kentucky State Police Post in Bowling Green at (270) 782-2010.

UPDATE: Police stress that it is believed that the suspect in this murder could possibly be injured, and are asking for the public’s help in locating the perpetrator. If anyone has information on this case, please contact Kentucky State Police at 270-782-2010.

Kentucky State Police confirms that Dorothy and Kenneth Neafus were found dead at their home at 3455 Richland Road. Emergency personnel were dispatched to the home around 4:00 p.m. on Tuesday afternoon when a relative found the couple. Officials have reason to believe that the suspect is injured.

MORGANTOWN — A retired pastor and his wife were found shot to death inside their Butler County home Tuesday afternoon.

"The Neafuses were found deceased at the residence," Smith said. "Foul play is suspected."

Police do not know how long the couple had been dead inside their home.

"We have reason to believe that the suspect involved is injured," Smith said. As of 9 p.m. Tuesday, police did not have a suspect in custody.

News of their deaths shocked neighbors who live about a half mile from the rural home that stands off the road, nearly out of sight.

"He was a good neighbor," Renfrow said. "He treated everybody the way he wanted to be treated and his wife, too."

They were the kind of neighbors who could be depended on to help if anyone needed it, she said.

Renfrow's grandson, Bradley Renfrow, said the couple had a grown daughter and added that he thought highly of them.

"If you needed a shirt, he would give you the one off of his back," Bradley Renfrow said.

"I don't know of anybody who would have anything against him," James Renfrow said. "He was a good person."

Marilyn Renfrow said Kenneth Neafus had been in poor health for a few years and was barely able to walk, if at all, without the assistance of a medical device.

Neafus returned as pastor at Little Muddy in 1987 after working for three years at Clear Point Cumberland Presbyterian Church in Hart County, according to a 1987 Daily News church directory.

The Renfrows have been neighbors to the Neafus couple for 43 years, Marilyn Renfrow said. At one time, the couple lived in the Little Muddy parsonage near the Neafus' current home.

State police declined to release a possible motive for the killings or any other additional information about the investigation Tuesday evening.