Board members praise educators for rollout, implementation of NTI 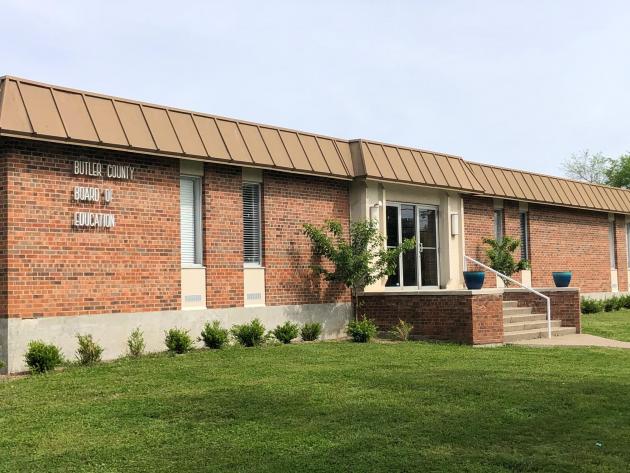 Dr. Hood said on behalf of the Board and as a parent that she wanted to express appreciation to all administrators and teachers.  She said with barely 48 hours to prepare that she was impressed that it went as well as it did.  Speaking to the difficulty of the task, Dr. Hood said, “We never quit; others did.”

“This has been the most teamwork I’ve seen across the district from preschool through high school,” said Hood.  “As a parent I learned a lot.  I also appreciate quick responses from teachers.”

Dr. Hood and Supt. Scott Howard also had high marks for Assistant Superintendent Robert Tuck, who works extensively with curriculum implementation for the district.  Tuck spearheaded the efforts to quickly implement non-traditional instruction in the school district as the COVID-19 pandemic led to school closures across the state.

Fifth District Board member Ryan Daugherty said he liked how adjustments were made during the NTI process.

“Work wasn’t just thrown at students,” said Daugherty.  "Adjustments were made throughout."

Speaking broadly about the challenges the district has faced with providing instruction throughout the pandemic, Supt. Howard expressed a tone of optimism and encouragement.

“Don’t get down,” said Howard.  “This is an opportunity to learn new things as we move forward.”

According to Elms, the ending balance was up about $177,000 from this time last year.  This was likely the result of fewer overall district expenses as a result of the shutdown.

As the meeting closed, a retiring Jimmy Arnold addressed Board members and Supt. Howard.

Arnold is the Chief Information Officer for the district and also oversees facilities and is the Energy Manager.

“I want to thank you all for supporting technology and facilities.  We’ve done a lot … and have overcome obstacles,” said Arnold.  “Thanks to the Board and Supt. Howard for supporting and helping me and not firing me (jokingly).  Butler County (Schools) has been so good to me, Angie and our family.”

Supt. Howard and multiple Board members expressed their gratitude for the job Mr. Arnold has done for the school district over the years.

“I’ve never seen a guy take on facilities like he has,” said Howard.  “I appreciate the job he has done.”