Board of Education Considers Construction Project for BCHS and Confucius Institute 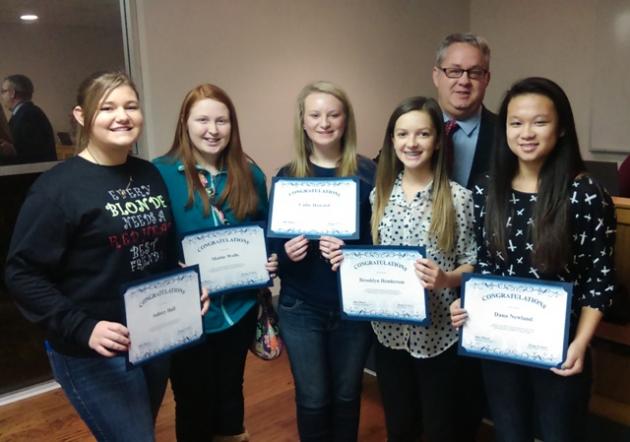 The Butler County Board of Education voted to start a process that could lead to a $3 million bond for the high school and heard various reports at their monthly meeting Tuesday at the Butler County Educational Complex.

Superintendent Scott Howard addressed the Board on a proposal to Frankfort for a construction project at Butler County High School (B.C.H.S.), which if approved by the state would be the first step toward a $3 million bond issue which would primarily go to improvements on the BCHS campus.  If approved by the state, Howard said bids would be sought by architects; if the bids are too high, the project would not have to continue.  The Board approved the construction project proposal.

Howard and Curriculum Coordinator Vonda Jennings spoke to the Board on going through the Confucius Institute to obtain a Chinese teacher for the school district.  Jennings said that the benefits are not just in learning the language but in students “being introduced to that environment . . . The culture piece is bigger than the language piece.”  Howard reported that the cost to the district would be $14,000 annually for a three year commitment.  No action was requested at this meeting, with Howard suggesting the Board consider the position for the next school year.

Kaitlin Harrison presented a school nutrition report to the Board with new menus.  Regarding payment of school lunches, Harrison said more parents were making arrangements for payment plans to catch up charges to their childrens’ school lunch accounts.  Small claims court costs were investigated as an option, but both Harrison and Howard stated that no area school district uses small claims court to collect unpaid balances.  Butler County does not allow students to participate in graduation if their school lunch balance is unpaid.

Howard told the Board of the formation of an archery team at B.C.H.S.  So far 30 students are on the team, and an indoor archery range has been constructed.

In other business, the Board heard reports from the principals of the five district schools.  Trips were approved for the BCHS FCCLA to attend both the Kentucky FCCLA Conference in Louisville on March 29th – April 1st and the FCCLA Leadership Camp for State and Regional Officers in Hardinsburg, Kentucky on June 8th – 10th.  The Board approved FY 15 School Facilities Construction KETS second offer of assistance totaling $15,766; the FY17 draft working budget; and budget revisions to Fund 2 Projects 310A and 310AM.