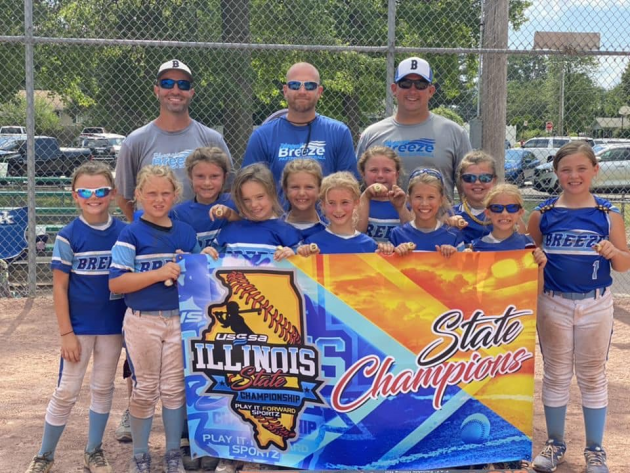 Bluegrass Breeze (8u) Fastpitch Softball traveled to Marion, Illinois June 25th - 27th to take part in the Illinois State Open Division Tournament. The Bluegrass Breeze is coached by Butler Countians Josh Belcher and Chad Smith, along with Jarrod Schroader from Ohio County.  Four of the eleven players on the roster live in Butler County. Those players include Brielle Belcher, Taelynn Rothe, Lilly Scantland and Callyn Smith. 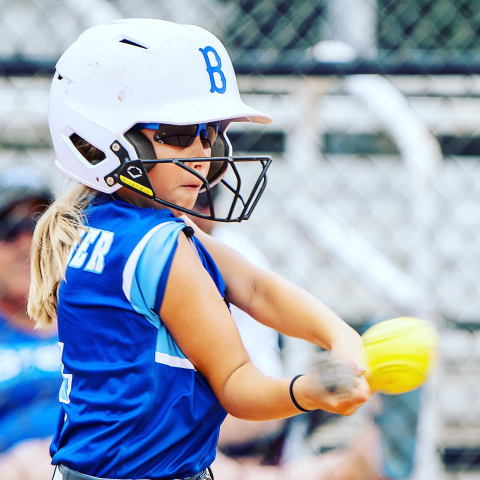 The Breeze got off to a hot start defeating the first two Illinois teams 18-0 each, allowing just one hit through two games and racking up 36 runs on day 1 of the tournament. The Breeze won game 3 by a score of 11-1 Sunday morning. The win set up the Championship Game vs. Midwest Grit, the #1 ranked team out of Missouri in the Championship game. The Breeze stormed ahead early in the game and run-ruled Midwest Grit 13-1 in three innings to become the USSSA Illinois State Champs. For the tournament Bluegrass Breeze scored 60 runs allowing just 2. 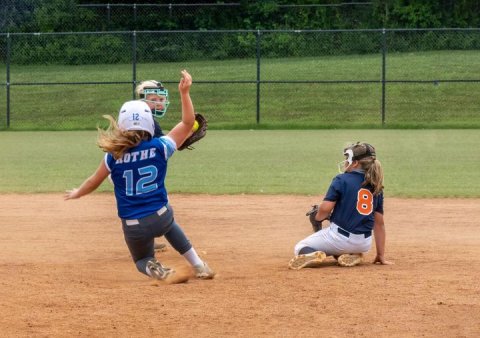 Taelynn Rothe sliding in under a tag

The Bluegrass Breeze finished their regular season 34-16 winning 6 championships, and 1 runner-up in 10 tournaments. Next up the Breeze will be headed to Panama City Beach to play the USFA World Series Open Division. The event begins July 5th and runs through July 10th. 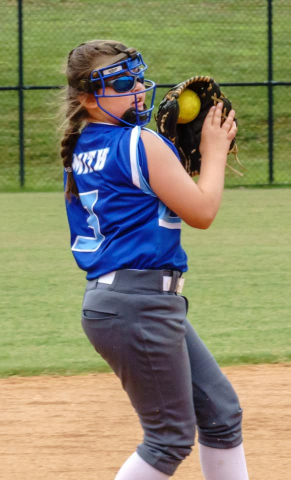 Callyn Smith securing the catch for the put out 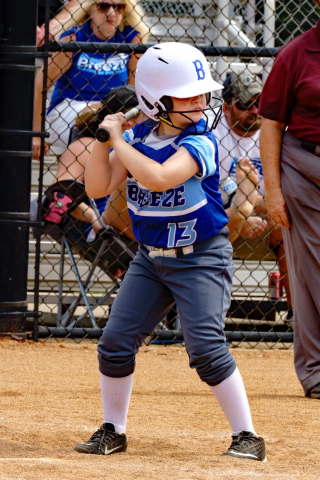