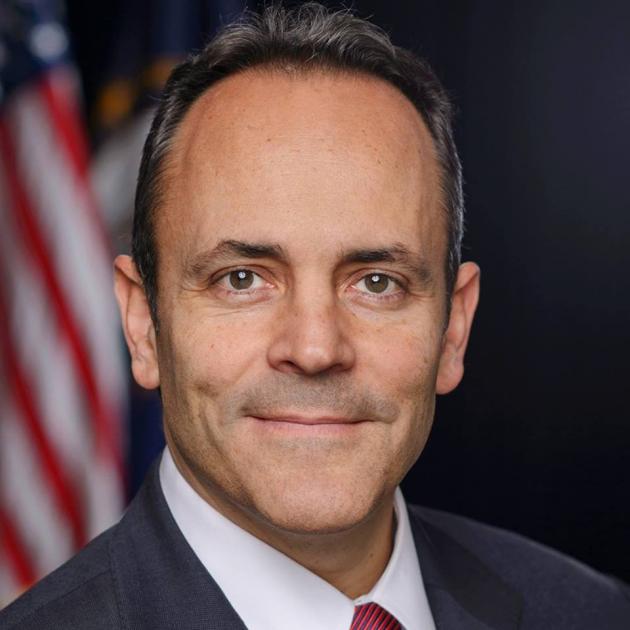 LEXINGTON — Gov. Matt Bevin joined two Republican legislators on Friday to unveil a bill that would ban local governments and state universities from adopting "sanctuary policies" for immigrants in the country illegally.

The bill mandates local governments and state universities "use their best efforts to support the enforcement of federal immigration law."

And it forbids local governments from adopting policies or laws that prevent police officers from asking a person about their citizenship or immigration status.

"There will not not be acceptance of sanctuary" by local jurisdictions, Bevin said at a news conference at the Fraternal Order of Police Lodge in Lexington. "We will not rob law enforcement at any level of the ability to, and the requirement to, fulfill the oath that they took to uphold and defend the laws of the commonwealth and of the nation."

If passed, the bill would nullify local ordinances that impact how local police can cooperate with other law enforcement groups, such as U.S. Immigration and Customs Enforcement, Bevin said.

Louisville has had an ordinance in place the last two years that blocks Metro Police officers from assisting federal immigration agents on immigration matters unless a judge signs a warrant or there is a danger to the public.

The ordinance was an effort to make clear that police officers are separate from immigration agencies after it was discovered that police had joined federal agents on two dozen sting operations in 2017.

Even with the ordinance, the Trump administration in April 2018 determined Louisville is not a sanctuary city and is not in violation of federal law, following a review by the Department of Justice.

In response to the governor's announcement Friday, Mayor Greg Fischer's spokeswoman, Jean Porter, said in a statement: "As we have said before, Louisville is both a welcoming city, and in compliance with federal and state law. We will review and monitor the bill."

Lexington Mayor Linda Gorton also released a statement Friday, saying the bill does not appear to conflict with the city's policies.

"Lexington is one of the safest cities of its size in the country because of our law enforcement partnerships. We have achieved that level of public safety by allowing our police to focus on local crime," Gorton said.

Bevin was joined at the news conference by two state legislators who had long law enforcement careers and who said they will sponsor the bill: Sen. Danny Carroll, R-Paducah; and Rep. John Blanton, R-Salyersville.

All three argued it was important to public safety to clarify that local police have no restrictions in cooperating with federal law enforcement, and all three suggested that local ordinances to restrict cooperation with ICE were political moves.

But one immigration rights advocate in Louisville — noting that Friday's announcement comes two days before President Donald Trump promises ICE will begin raids in some large U.S. cities — said Bevin and the legislators are the ones playing politics.

"It's no coincidence the governor did this two days before the raids. It's nothing but fear-mongering, race-based politics," said Jesus Ibanez.

Ibanez said local leaders who know their communities best should have the right to set policies they believe are best for the safety of their citizens.

Carroll said it is important for police officers to be able to ask someone his or her immigration status and to know they are free to cooperate with federal and other law enforcement agencies.

"I don't think we should allow political agendas in our state to get in the way of this," he said.

Carroll said he would be discussing the bill with Senate leaders next week, and it could be filed for consideration at a special session Bevin plans to call in the next few weeks. But more likely, because the special session is expected to deal exclusively with a pension bill, the bill would be considered at the next regular legislative session that begins in January.