Beshear wants a new board of education, but commissioner says he won’t resign 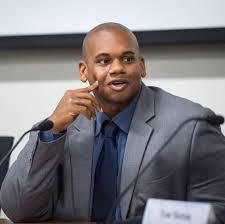 Kentucky Education Commissioner Wayne Lewis says he likely could not work with an all-new state board of education that Gov.-elect Andy Beshear is promising to appoint. Lewis said he won’t resign in the short term, but would likely leave his post in time.

Lewis added that any attempts by Beshear to remove current members of the state Board of Education before their terms expire would likely be met with a lawsuit.

“Without the Gov.-elect ever having met me or having a single conversation with me, he believes that there’s nothing in public education that we can agree on and so I would suspect that the members of the Kentucky Board of Education he would appoint would share that position,” Lewis said. “With a board that believes that there is nothing that we can agree on, it wouldn’t make sense for me to continue employment with the board in that way.”

Beshear, a Democrat whose inauguration is Dec. 10, has said he would appoint a new state Board of Education on day one, his spokeswoman Crystal Staley said, “one that cares more about our kids than for-profit charter school companies and that he hopes the new Board of Education would select a new commissioner on day two.”

Kentucky’s K-12 public education system, which has seen plenty of upheaval and unrest under Republican Gov. Matt Bevin, could see more tension before reaching the stability that many educators hope will come with Beshear’s administration.

Lewis said because of the uncertainty, there is a lot of fear and anxiety at the Kentucky Department of Education. He said he has told executive leadership that he would support their efforts to seek other employment.

“There will probably be a tug of war on what’s going to happen with the board of education... I think you’re going to see that battle,” said State Rep. Steve Riley, R-Glasgow, a retired school principal on the General Assembly’s Education Committee. “We’ve kind of gone through quick changes with commissioners lately...we’ve gone through some rapid fire changes.”

In April 2018, when Stephen Pruitt was Commissioner of Education, Bevin, a proponent of charter schools, issued an executive order appointing seven new members to the state board. All seven seats were vacant because the terms had expired. Soon after, Pruitt resigned after a four-hour, closed-door meeting by the state board of education.

The board then appointed Lewis, who at the time was chair of the Kentucky Charter Schools Advisory Council. Several members of the state board are advocates for charter schools, which many public school educators oppose.

Beshear has said he and Lt. Gov.-elect Jacqueline Coleman, an educator, will have no higher priority than Kentucky’s public education system and its teachers. Teacher Allison Slone, founder of a popular Facebook page called Kentucky Teachers in the Know, said she and her colleagues “are ready to move on and up from the negativity, lack of trust, and partisan politics” that they experienced under Bevin.

Eddie Campbell, president of the Kentucky Education Association, said, “We look forward to a new board that includes members who put Kentucky’s students ahead of ideology, and is representative of the communities and school districts that make up the Commonwealth.”

Lewis, however, said Kentucky law does not allow what Beshear is proposing, and that he can’t legally remove members of the Kentucky Board of Education without cause. Lewis said that such a move is likely to end in a lawsuit.

Beshear did not immediately comment on that point, but Staley said, “Gov.-elect Beshear and Lt. Gov.-elect Coleman believe they must have Kentucky Board of Education members and a Commissioner of Education that shares their objectives and priorities for public education.”

Lewis said some news reports mischaracterized Bevin’s actions regarding the state board of education in 2018, and that it is “false” to compare what Beshear wants to do with what Bevin did.

He said state law provides for members of the board to be removed for cause only. It was in the middle of Bevin’s term, after previous members’ terms had expired, before he made his last appointments to the board, said Lewis.

“Why is the Governor-Elect attempting to change Kentucky law and the practice of previous governors? Every previous governor has appointed new members of the Kentucky Board of Education as the terms of current members expire,” Lewis said. “That’s what Governor Bevin did.“

The terms of board members Milton Seymore, Rich Gimmel, Amanda Stamper and Joe Papalia end in April 2020, and those of seven other members in 2022.

Lewis said if the state board turns over in membership in 2022 when terms expire the way that it has always done, he will “submit my resignation before that turnover.”

But Lewis said, “if the new governor is able to change the law and legally appoint a new state board of education it is within their right ... to terminate the commissioner of education without cause. As long as they abide by the terms of my contract, I have no problem with that whatsoever... I will move on.”

Lewis said he has to have 90 days prior written notice before he can be terminated without cause. His contract, which calls for a $200,000 annual salary, expires in October 2022.

“There is no issue in public education where there is agreement even among educators,” Lewis said. “That’s just how things go in education, but by and large there’s agreement on the work we’ve done,” in the accountability system and new minimum high school graduation requirements, he said.

“Our time is much better spent working together for our students and continuing Kentucky’s momentum with career and technical education, the roll-out of our new academic standards, and improving early learning and special education services, than it would be fighting in court,” said Lewis.

Members of the 11-member Kentucky Board of Education did not immediately comment about Beshear’s intention to replace them.

“I don’t have any comment about the Governor-elect’s threats,” State Board of Education member Gary Houchens, a school choice advocate and a professor at Western Kentucky University said.

Beshear, Kentucky’s current Attorney General, has criticized Lewis on numerous issues, including Lewis’ pursuit of teacher absence records when their protests at the state Capitol led to school closings.

“You’re never going to hear me say something inappropriate about him,” Lewis said. “I’ve never met him. I don’t have the grounds to talk about him as a person. I would hope he would give me that same respect. If he doesn’t, then life goes on.”

Brigitte Ramsey, executive director of the Prichard Committee for Academic Excellence, said it’s not unexpected that a new governor would put in place individuals that they had confidence in.

She said the state board should take “deep responsibility” for who they put in place as commissioner and that should include a national search.

“Our test results show that we have hit a plateau and we are beginning to decline,” said Ramsey. “We must all take ownership of that and figure out how we return to a place of progress, the type of progress that Kentucky is known for.”

Ramsey said Kentucky’s state board of education and the Commissioner of Education need to stabilize education so that educators can return to focusing on increasing the quality of teaching and learning in the classrooms, on outcomes for students, and focusing on closing achievement gaps.

Ramsey said there had been changes to the education system and “very difficult conversations statewide” around compensation and pension for teachers and charter schools.

Charter schools, which have been stalled in Kentucky since they were approved in 2017 despite the advocacy of Bevin, Lewis and some members of the state school board, are likely dead during the Beshear administration, several education leaders say.

No charter school has opened because the General Assembly has not approved a funding mechanism for charters. They would be non-profit in Kentucky but could work with for-profit groups. Beshear has said he doesn’t want leaders who favor “any profit or non-profit organization that puts their bottom line ahead of the well-being of children,” Staley said.

The Kentucky Education Association “does not support public funding for charter schools,” Campbell said. “Any entity that siphons off funds meant for public education acts as a detriment to our students, educators and communities. Kentucky must invest its precious educational resources on public schools that work to serve every child in Kentucky.”

Lynn Schaber, whose non-profit group River Cities Academy Inc. filed Kentucky’s first charter school application to the Newport Independent School Board on Oct. 30, said even if given approval, her school would not open if the General Assembly does not pass legislation that creates a funding mechanism.

“Our biggest advocate in Kentucky was Gov. Bevin and since Gov. Bevin lost re-election and he’s being replaced by kind of a union-controlled candidate, I would not anticipate Kentucky making any headway on the funding mechanism during Gov. Beshear’s term,” said Todd Ziebarth, the senior vice president for state advocacy and support for the National Alliance for Public Charter Schools.

“That was something that Gov. Bevin was really pushing and that was of interest to him. Obviously Gov.-elect Beshear has no interest in that,” Riley said. “There was little appetite last session...or in the budget session two years ago. I don’t know that there’s a lot of momentum for that right now.”

With a charter school application to be decided soon, the primary impact that new members of the state school board would have on the charter school issue is how they would vote on appeals to applications that were rejected by local school boards, said Eric Kennedy, the Kentucky School Boards Association director of advocacy.

Kennedy said the state board of education, through regulations, also has substantial influence on what happens in Kentucky schools, on the accountability system, on standardized testing, and on graduation requirements.

“The commissioner hired by the board and who the board members are and the direction they want to take, could have direct impact on student’s lives in our schools,” said Kennedy. “So it is very important that everyone keep watch.”

Slone, a special education teacher in Morehead, said she thinks Beshear and Coleman will create an environment that crosses party lines.

“I believe I can speak for most educators in that we look forward to discussions and actions around funding, literacy, and student behavior,” said Slone. “Being a part of the decision making will be a pleasant change. That’s truly what we’ve always wanted...value, respect, and to be seen as the professionals we are.”

Whatever happens between Beshear, the state education board, and Lewis, Slone said “there is a bigger picture at play than just politics, individual needs, and even titles. The education of our students and the future workforce of Kentucky should be the focus of all decisions made.”