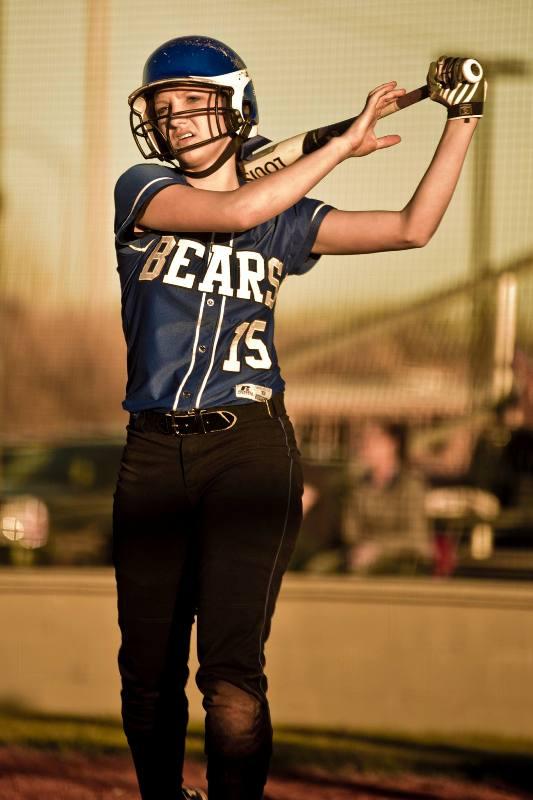 The Butler County High School Softball team got in the winning column early in the 2015 season with wins over Todd County Central (6-2), Warren Central (19-1), and Ohio County (8-0) during the opening week of the season.  In other action last week, the Bears fell to Third Region favorite Daviess County (6-0), Hancock County (10-6), and Apollo (4-2).

Todd County Central jumped out to a quick 2-0 lead over Butler County on Monday, March 16, with three well-timed singles in the opening inning.  A double by sophomore shortstop Maddie McKinney helped plate three runs for the Bears in the bottom of the first to give the home team a 3-2 advantage.  The Bears increased that lead in the third inning with three additional runs.  Junior left-fielder Abigail Fry kicked things off in the inning with an RBI-single.
Senior pitcher Kassie Phelps kept contact to a minimum, string out six Todd County batters.  She allowed one earned run on five hits and one walk over seven innings.

Butler County fell 6-0 to Daviess on Tuesday, March 17, in Morgantown.  The Lady Panthers scored two runs in the third to break open a scoreless game.  Daviess added two more in the fifth and one each in the sixth and seventh innings.  The Bears managed only two hits in the game - both coming in the seventh inning.
Phelps took the loss in circle.  She allowed six earned runs, walked one and struck out two in seven innings of work.