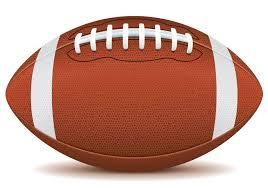 MORGANTOWN - Butler County is preparing to visit Hancock County in Week 3 of the 2020 high school football season on Friday, Sept. 25.

The Bears and Hornets are set to meet for a Class 2A, District 2 game.

Quarterback Jagger Henderson is leading the Bears. Through two games, Henderson has completed 29 of 48 passes for 333 yards and five touchdowns while throwing one interception. Henderson leads Butler County in both passing and rushing. On the ground, Henderson has rushed 25 times for 113 yards and two touchdowns.

Ranking second in rushing for the Bears, Josh Morris has rushed 12 times for 78 yards and two touchdowns.

As a team, Butler County has rushed 49 times for 220 yards and four touchdowns.

Henderson has completed at least one pass to eight different receivers. Leading the Bears in receiving, Solomon Flener has hauled in eight receptions for 110 yards and one touchdown.

Another receiver, Bryar Beasley, has reeled in five receptions for 83 yards and three touchdowns for the Bears.

Defensively, Luke Garrison has posted a team-high 36 tackles for the Hornets.

Hancock County pulled away to beat Butler County 37-8 when the two district rivals met in 2019.

Kickoff for the upcoming Butler County-Hancock County football game is slated for 7 p.m. in Hawesville.