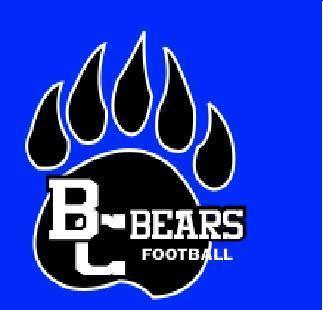 After notching the win, Butler County improved to 4-1 overall and opened 1-0 in Class 2A, District 2.

McLean County dropped to 4-2 overall and 1-1 in the district following the loss.

After the initial period ended scoreless, Butler County scored at the 11:26 mark of the second quarter.

The Bears moved ahead 8-0 following a two-point conversion.

Butler County and McLean County swapped a touchdown later in the second period before the Bears took a 16-6 lead into halftime.

The Bears clung to a 16-12 lead at the conclusion of the third quarter and faced a deficit early in the final period. However, Butler County managed to pull out the hard-fought district win, scoring the game-winning touchdown in the fourth quarter.

Quarterback Jagger Henderson led Butler County through the air, completing 15 of 29 passes for 297 yards. Henderson threw two interceptions but delivered on the ground as well. The Butler County quarterback rushed 15 times for 46 yards and one touchdown.

The Bears rushed 33 times for 148 yards and three touchdowns in the victory.

Another running back, Josh Morris, rushed three times for 39 yards in the Bears' winning effort.

Butler County is scheduled to host Hancock County for another Class 2A, District 2 game on Friday, Oct. 1.