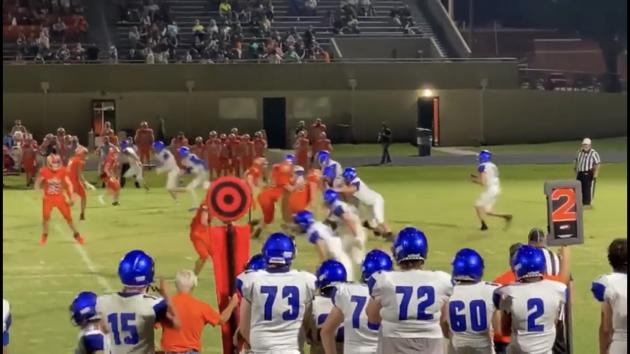 Senior running back Bryar Beasley was on the receiving end of Henderson's other scoring pass in the Bears' victory.

The Bears and Raiders matched up evenly in the season opener. Butler County allowed Hart County to gain 299 yards of total offense.

High school football teams from throughout the state competed in season openers on Friday, Sept. 11.

Due back on the field in Week 2, Butler County is scheduled to host McLean County for a home opener on Friday, Sept. 18