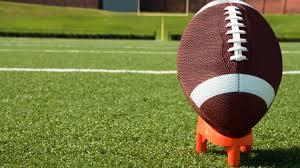 Last week, the Butler County High School Bears traveled to Class A power Russellville and fell in the season opener 45-0. The Bears' low numbers of available players made for a challenging week both at practice and game night. The Bears offensively were shut down and never really got

In week two, the Bears game plan has hit bumps as the Edmonson Co. Wildcats notified BCHS school officials it had to cancel due to Covid-19 issues as of late Wednesday night, August 25. The game was scheduled to be a HOME game for the Bears this Friday, August 27, and a 7 pm kickoff.

The Bears were able to find an opponent at the last minute - Louisville Waggener.  Kickoff is at 7:30 p.m.  The game will be live on WLBQ 101.5 FM with Nick Haught and Barry Frazier.