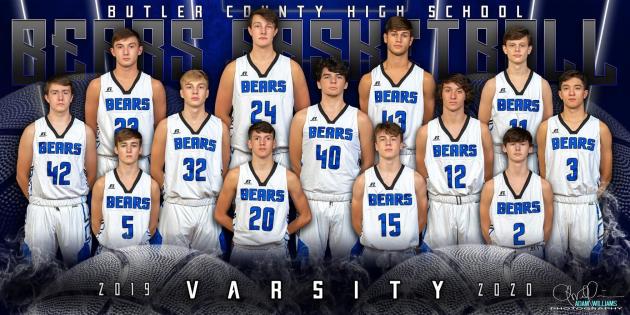 Edmonson County, under the tutelage of head coach Michael McClintic, concluded the 2018-19 season 12-18, finishing runner-up to Grayson County in the 12th District. The Wildcats return junior Chaz Wilson, a talented player who averaged 14 points and 10 rebounds per game during the 2018-19 season. Along with Wilson, senior guard Dalton Decker (13 ppg, 4 rpg) is back for the Wildcats.

The Bears and Wildcats split a two-game 12th District regular-season series in the 2018-19 campaign.

Tip-off for the Butler county-Edmonson County boys' basketball game is set for 7:30 p.m. in Morgantown.

Sophomore guard Jaelyn Taylor is the top player back for the Lady Bears. Taylor averaged 11.9 points per game for Butler County during the 2018-19 hoops campaign.

In addition to knocking off the Lady Bears in the 2018-19 postseason, Edmonson County swept a 12th District two-game regular-season series from Butler County.

Tip-off for the Butler County-Edmonson County girls' basketball game is set for 6 p.m.