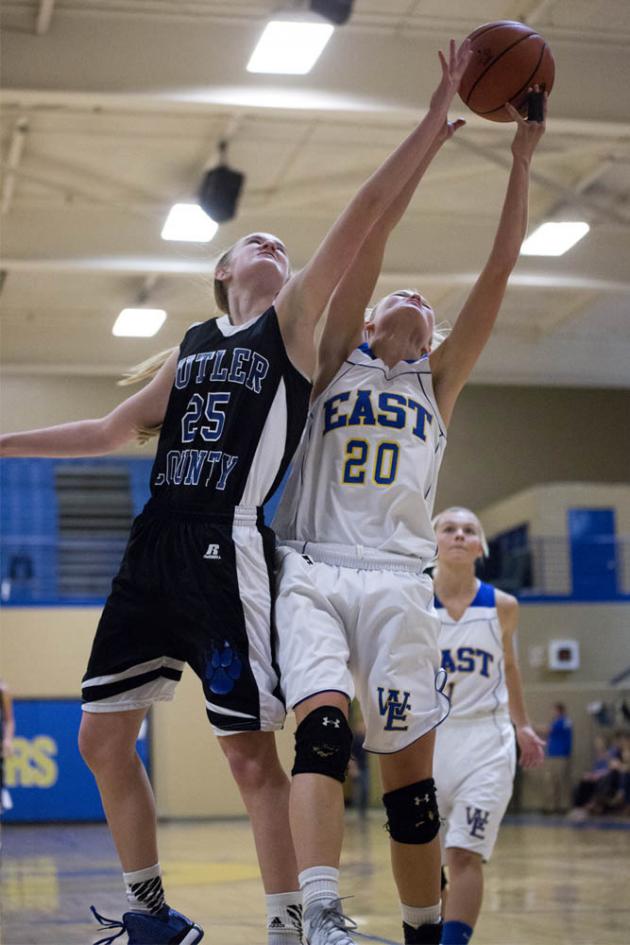 Plenty of strong opponents was what Santa Claus delivered for both the Butler County Bears and Lady Bears basketball teams during the month of December and over the holiday break.

On December 16, the Bears fell 88-61 to Daviess County at home.  Butler County traveled to Adair County to face Bethlehem on December 20, losing 66-49.  In their last game prior to Christmas, the Bears ran into a strong Allen County-Scottsville team on December 22 and came out on the bad end of an 85-42 score.

Click on the link below for Butler County Bears' statistics (as posted on the K.H.S.A.A. website) through ten games.

Meanwhile, the Lady Bears were on a frantic playing pace themselves.

On December 9, the Lady Bears lost 63-40 at Warren East.  Continuing their trip through Warren County, Butler fell to Greenwood 79-36 on December 15 and Warren Central 49-16 on December 16.

Both teams will be back in action tomorrow night, Friday, January 2, at home against 12th District rival Edmonson.  The Lady Bears (1-9) will play at 6 p.m. with the Bears (4-7) to follow.  It will be the first "BLACKOUT" night of the season - the goal being to draw a large crowd of Butler County fans.  Shirts can be purchased at Hood's Market in Morgantown.