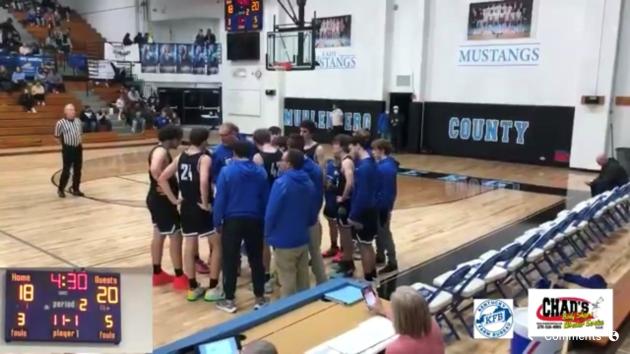 GREENVILLE — Butler County fell short on the road as Muhlenberg County held on to win 54-53 in overtime on Tuesday, Jan. 25.

Butler County started strong, doubling up Muhlenberg County 14-7 in the first quarter. The Bears led 27-18 at halftime and carried momentum out of the break.

Remaining out in front early in the second half, Butler County led 38-31 at the conclusion of the third quarter.
But Muhlenberg County battled back, tying the game 40-40 late in the fourth quarter. The Mustangs and Bears concluded regulation tied 46-46.

Muhlenberg County won despite shooting only 33.3 percent (five-of-15) from the free throw line.

Cole Vincent recorded a double-double to lead Muhlenberg County to the victory. Vincent scored 18 points and pulled down 10 rebounds for the Mustangs.

Butler County is scheduled to host Whitesville Trinity for a 12th District boys' basketball game at 7:45 p.m. on Friday, Jan. 28.