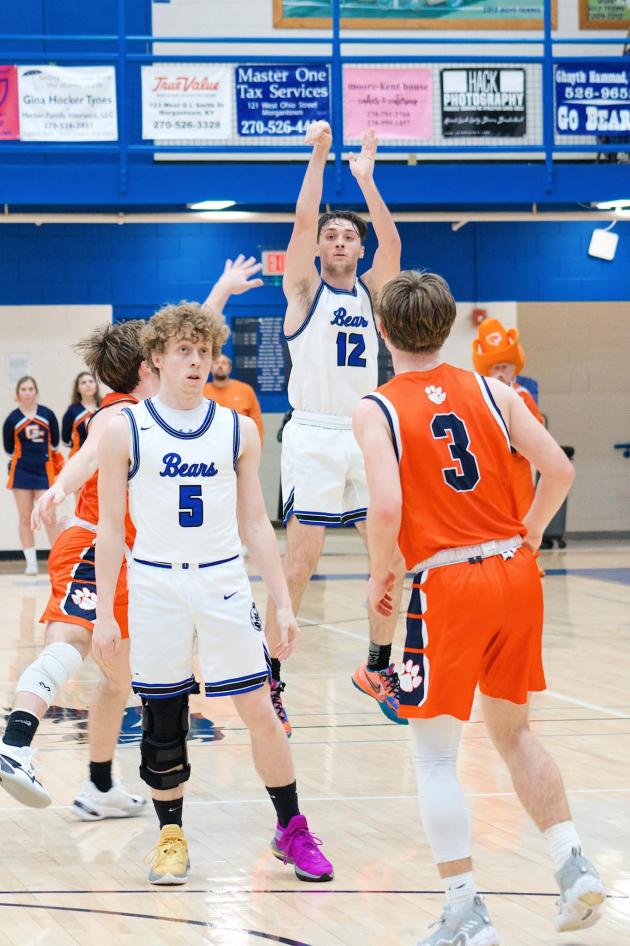 MORGANTOWN - Butler County faltered late as Grayson County battled back from behind to win 49-45 in the semifinals of the 12th District Boys' Basketball Tournament on Tuesday, Feb. 22.

Prior to faltering, Butler County led 35-21 with three minutes remaining in the third quarter.

The Bears led 25-15 at halftime and remained in control early in the second half.

Prior to Grayson County's comeback, Butler County led 35-28 at the conclusion of the third quarter.

But the Cougars thrived late, completing a successful comeback bid to claim the victory.