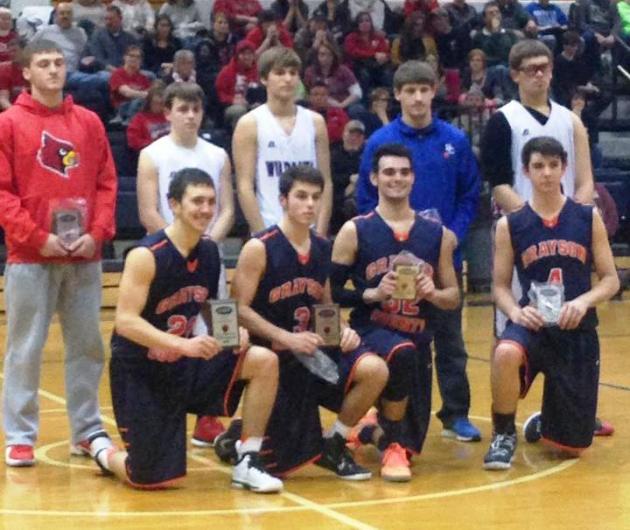 BROWNSVILLE - Four Butler County players reached double figures in the scoring column but it wasn't enough to lift the Bears over tournament host Edmonson County in the opening round of the 12th District Boys' Basketball Tournament on Wednesday, Feb. 25. Edmonson County managed to edge Butler County 74-70, eliminating the Bears from the postseason.

With the win, Edmonson County improved to 17-11, advanced to 12th District championship game and qualified for the 3rd Region Boys' Basketball Tournament.

The Bears had a late rally fall short after outscoring Edmonson County 26-10 in the final quarter.

Austin Sowders, a junior, paced Edmonson County with a double-double. Sowders scored a game-high 22 points and grabbed a game-best 13 rebounds for the Wildcats.

Many members of the Butler County basketball squad are multi-sport athletes and will now make the transition over into a spring sport.