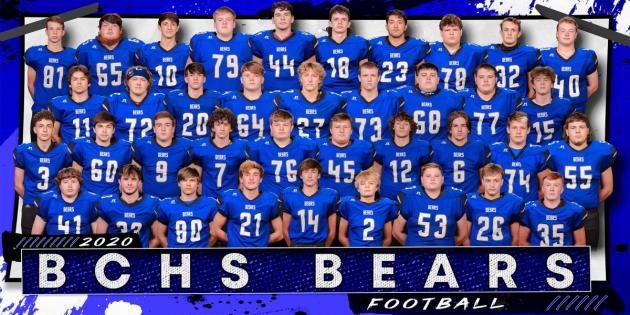 MORGANTOWN - Butler County fell behind early and couldn't overcome its slow start as visiting Grayson County pulled away to win 36-6 in Week 4 of the 2020 high school football season on Friday, Oct. 2.

The Cougars and Bears met for a non-district high school football matchup.

Butler County dropped to 1-3 with the loss.

With the win, Grayson County moved to 4-0.

The Cougars secured a lead early and gradually pulled away to win. Grayson County led 23-0 at halftime.

Chipping in on the ground for Grayson County, Mason Miller rushed three times for seven yards and one touchdown.

Levi Martin paced Grayson County through the air, completing one pass for a 67-yard touchdown.

Decker completed three of five passes for 27 yards for Grayson County in the winning effort.

Hunter Tomes was Grayson County's leading receiver, reeling in two receptions for 83 yards and one touchdown.

Butler County is scheduled to visit Todd County Central for a Class 2A, District 2 game on Friday, Oct. 9.