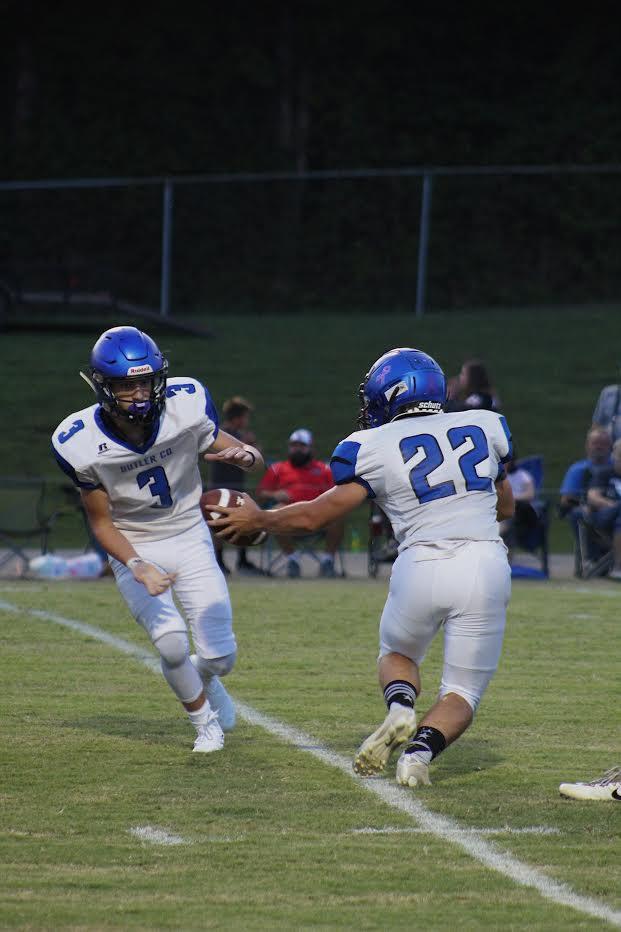 Edmonson County scored two touchdowns with less than five minutes remaining in the first quarter to take a 14-0 lead over the visiting Butler County Bears during football action on Friday night in Brownsville. That was the beginning of a tough night for Butler County as the Wildcats rolled to a 54-12 win.

Edmonson added another quick touchdown early in the second quarter on a 46-yard run.

The Bears, however, fought back later in the quarter on a 6-yard touchdown run by Zak Silcox.  The P.A.T. kick was no good but the Bears appeared to have some momentum but it proved to be short-lived.

Trailing 34-6 just before halftime, quarterback Jagger Henderson connected with Solomon Flener for a touchdown with 19 seconds left in the second quarter to narrow the gap to 34-12.  That was as close as the Bears could get as the Wildcats rattled off three more touchdowns to put the game away.

Jagger Henderson had eight completions for 76 yards, one touchdown and one interception.

Butler County (0-2) returns to action on Friday night, September 6, with another road game at Russellville (0-2).