Bears come up short to Edmonson County in overtime 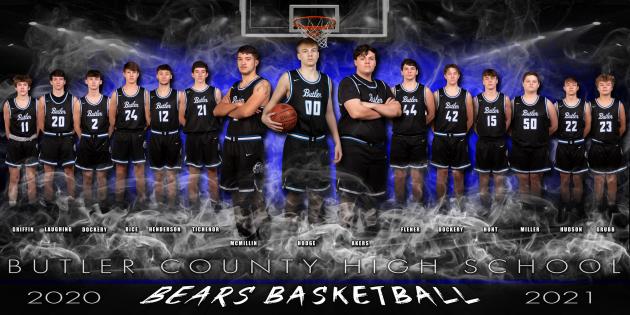 With the loss, Butler County dropped to 0-4 overall and opened 0-1 in the 12th District.

Edmonson County improved to 4-2 overall and 2-1 in the district with the win.

The Wildcats outrebounded the Bears 32-30 in the 12th District matchup.

Jon Smith led Edmonson County to the win, scoring a team-high 19 points for the Wildcats.

Behind Wilson, Gavin Rose added 10 points for the Wildcats.

The Bears are scheduled to host Grayson County for another 12th District boys' basketball game at 6:45 p.m. on Monday, Jan. 25.

MORGANTOWN - Butler County was limited offensively during its home opener as Muhlenberg County pulled away to win 54-39 on Tuesday, Jan. 19.

Brody Hunt paced Butler County, scoring 10 points for the Bears. Hunt was the only Butler County player to reach double figures in the scoring column.

With the win, Muhlenberg County moved to 3-0.

Nash Divine led Muhlenberg County, scoring a game-high 17 points for the Mustangs. Divine was 3-of-7 from 3-point range.