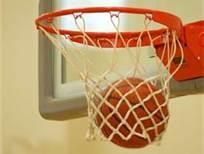 The Bears separated themselves from the Panthers in the first half. Butler County, under the direction of head coach Calvin Dockery, led 39-23 at halftime.

Remaining in control after the intermission period, Butler County led 51-37 at the conclusion of the third quarter.

Connecting on over half of its foul shots, Butler County shot 55.6 percent (10-of-18) from the free throw line.

Finishing directly behind Henderson in scoring for the Bears, Isaac Dockery netted 20 points.

Butler County is scheduled to visit Bethlehem on Saturday, Dec. 4. Tip-off for the Butler County-Bethlehem boys' basketball game is set for 2:30 p.m.