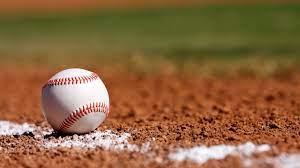 The Bears outhit South Warren 9-6 in the winning effort. Butler County made the most of its offensive opportunities during the early-season high school baseball matchup.

Hunter McKee earned the win on the mound. The Butler County pitcher allowed five hits and one run over four and two-thirds innings, striking out six.

Will Embry threw two and a third innings in relief out of the bullpen for the Bears.

The Bears are scheduled to visit Russellville on Tuesday, March 30. First pitch for the Butler County-Russellville baseball game is set for 5:30 p.m.

With the win, Butler County moved to 2-0.

Russellville dropped to 0-2 with the loss.

Taking control early, Butler County plated three runs in the top half of the first inning.

Ross West was the winning pitcher for the Bears. Holding Russellville scoreless, West allowed only one hit over four innings, striking out 11 and walking one.