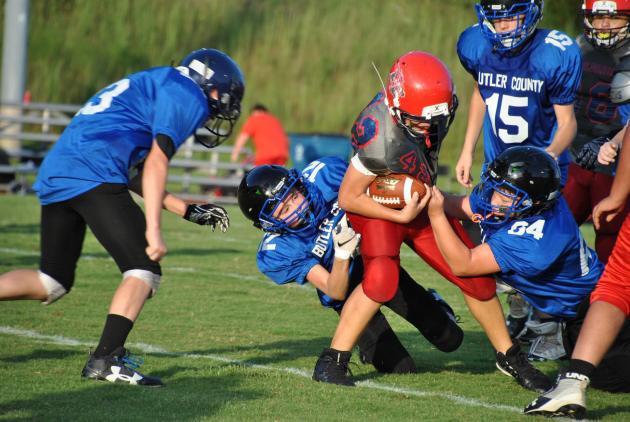 On Thursday, August 29 the Butler County Middle School Bears football team opened up with their first home game against the Edmonson County Wildcats.

In the 8th grade match, the Bears would struggle to get things going as it was a defensive game throughout the first quarter. BCMS would find the end zone early in the second quarter to take a 7-0 lead. Once the Bears got rolling in the second half, they didn't look back tacking on a few more touchdowns. The Bears would go on to win with a final of 33-0 over the Wildcats. Quarterback Kyle Chambers was 4 of 7 with 102 passing yards with two touchdowns. Coach Johnson told his team when we fire on all cylinders; this is the results we get.

"I couldn't be prouder to coach such a coachable group of young mne than what we have on this team. They show up, put the work in, and now we see the results."