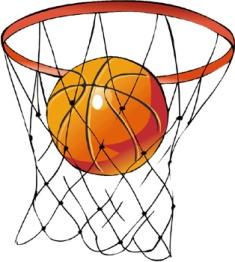 With this being Thanksgiving week one might think that there wouldn't be much basketball action, but the BCMS boys basketball team managed to get in four games, two 7th and two 8th.  Monday night the 7th and 8th grade teams had home games against a team out of Daviess County called College View.  Coach Dockery started the 7th grade game with Bailey Anderson, Blake Graham, Rex Henderson, Kyle Casey, and Kaleb Casey.  The Bears charged to a lead in the first quarter and continued to build slowly on it throughout the first half with a score of 18 to 10 going into the locker room.  The third quarter proved to be all Bears with all five starters getting in the scorebook for a total of 15 points and only allowed College View 2 points.  Even though the Bears had no difficulty with College View they did struggle with fouls allowing the Vikings fifteen attempts from the charity stripe.  The Bears went on to win this one quite easily with a score of 40 to 28.  In double figures for the Bears was Blake Graham with 11.  Also scoring was Bailey Anderson 9, Rex Henderson 6, Kyle Casey 6, Kaleb Casey 4, and Skyler Moore 4.


Up next was the 8th grade team for Butler County taking on College View.  After one quarter of play the score was knotted at 7 and it appeared that this might be much more of a game, but it didn't take the Bears long in the second quarter to pull away from the Vikings.  Blake Graham had excellent 2nd and 3rd quarters offensively scoring 13 points, with Nolan Johnson supplying the spark the Bears needed in the first half and Dallas Miller doing the same in the second half.  The Bears went on to win this one easily as well with a score of 46 to 27.  Eight Bears got on the scoreboard in this one but Blake Graham was the only Bear to manage double figures scoring 13.  Others scoring were Dallas Miller 9, Rex Henderson 8, Nolan Johnson 6, Dylan Inglis 4, John Chapman 2, Bailey Anderson 1, Rodney Woosley 1.


On Tuesday night the Bears were home once again, this time facing off with Muhlenberg South.  This may have been one of the 7th grades best nights to date.  The Bears had no trouble scoring throughout the game and held the Suns to only 3 points the entire first half.  Bailey Anderson, Blake Graham, Rex Henderson, Kaleb Casey, and Kyle Casey were once again the starters for the Bears, and Coach Dockery let them play their game for most of three quarters with some great help from Ty Burden off of the bench.  The Bears won this one with a score of 49 to 27.  Nine Bears scored during this matchup with three players making it to double figures.  Scoring for the Bears was Bailey Anderson 11, Blake Graham 10, Rex Henderson 10, Ty Burden 9, Kaleb Casey 2, Kyle Casey 2, Brennan Grubb 2, and Caleb Beasley 1.


The nailbiter, however, came when the 8th grade took the floor for the second game of the night.  This certainly wasn't going to be an easy game for the Bears.  The Suns 8th grade team had some size and proved to be athletic as well.  The Suns offense was led by three players who scored all but 3 of their points for the night.  The Bears had a hard time containing the Suns early on and allowed them to outscore them 8 to 16 in the first quarter.  The second quarter was much better for the Bears as they settled down and started to play their game but still went in the locker room at halftime down 31 to 23.  The Bears actually outscored and outplayed the Suns in the third quarter and chipped away at the lead bringing it to within 6.  The Bears continued to claw their way back into it and came within 3 but could never completely dig out of the hole they got into during the first quarter and lost 45 - 51.  Rex Henderson led the Bears offensively with a score of 16 on the night.  Others scoring were Blake Graham 9, Dallas Miller 9, Bailey Anderson 5, Rodney Woosley 4, and Nolan Johnson 2.  The Bears will have a chance for revenge on Tuesday night as they travel to Muhlenberg South for a rematch.

Hopefully pictures next week we had some camera issues, sorry.