BCMS Bears Pick Up Wins Against Breck and Hancock 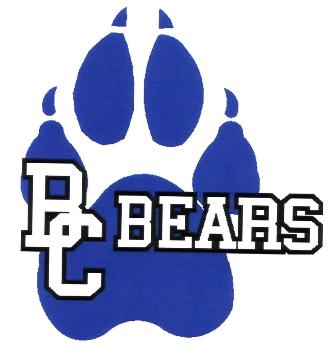 After six weeks of basketball action, the 7th grade Butler County Middle School boys basketball team moves to 13 and 1 on the season with two great wins this week and the 8th grade team advances to 11 and 3 after two wins this week as well. Both teams looked good and played well this week against Breckinridge County at home on Tuesday night and Hancock County on the road on Thursday night.

The 7th grade team charged out of the gate on Monday night against Breckinridge County with an impressive first quarter scoring expedition put on by Blake Graham and Rex Henderson who scored 9 and 8 respectively to create a Bear lead of 21 – 0. A strong defensive effort by the Bears allowed the Tigers to score only 2 points in the first half. The out-sized and out-manned Breckinridge team simply could not handle the talented Bears team and things went from bad to worse for them as the final score was Bears 46, Tigers 6. Great ball awareness from the Bears led to numerous steals which in turn were converted to easy layups throughout the game. Rex Henderson and Blake Graham each had 17 points while Bailey Anderson contributed 9. Also scoring were Skyler Moore (2) and Kaleb Casey (1).

It was much the same story for the 7th grade as they traveled to Hancock County Thursday night. Once again the Bears were throwing up the points while holding Hancock County to only 1 point in the first half. Lots of Bears got in the scoring column during the game and the younger players got lots of action on the floor. Four Bears were in double figures; Blake Graham (13), Rex Henderson (13), Bailey Anderson (12), and Kyle Casey (10). The scoring didn’t stop there though. Ty Burden had 3, Brennan Grubb (2), Caleb Beasley (2), and Patton Allen (2). The Bears won this one with a score of 58 – 10.

The 8th grade team put two impressive wins in the score book this week as well against Breckinridge and Hancock. On Monday night, Rex Henderson was on fire putting up four 3 pointers along with some 2’s and a few free throws to score 24 points all by himself which is more than the Tigers could muster up as a team. Rex wasn’t the only one with a hot hand though, Bailey Anderson was making the string music himself, putting in three 3 pointers and combining for a total of 14 points. This game was all Bears from early on. They went on to win 52 – 15. Other scoring was Blake Graham with 5, Dallas Miller 5, Kyle Casey 2, John Chapman 1, and Rodney Woosley 1.

Thursday night the 8th grade team saw a little more competition against Hancock County who had some inside presence but it wasn’t enough to handle the Bears. Once again the Bears came out in dominating fashion and took a nice lead in the first half with a score of 32 – 12 as they went into the locker room. Many Bears players saw playing time during the second half and seven players made it into the scoring column. They were Rex Henderson (16), Bailey Anderson (12), Blake Graham (12), Jacob Hixenbaugh (6), Nolan Johnson (4), Rodney Woosley (4), and Jacob Skipworth (2).

The 8th grade team will be in tournament play this weekend with their first game on Friday night at 5:45 against Lewisburg.