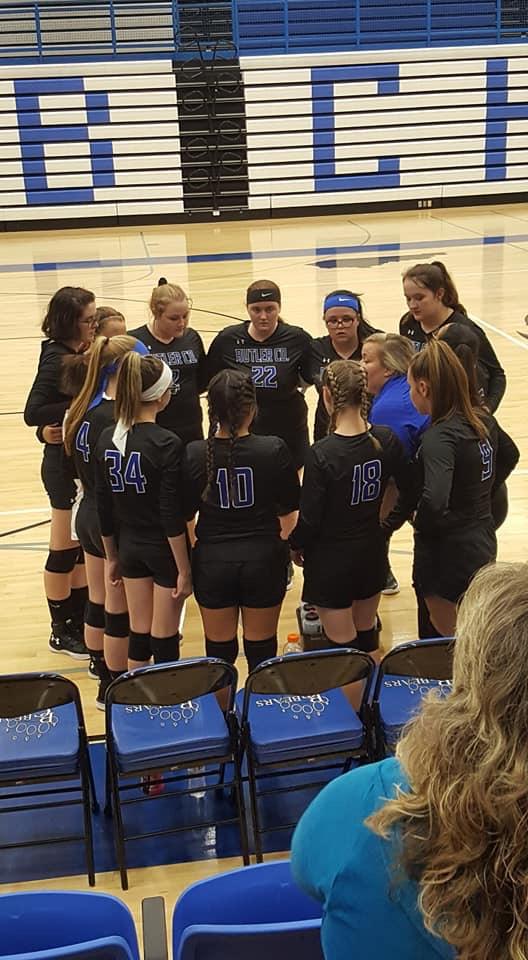 Week three of the 2019 volleyball season saw the Lady Bears continue their winning ways, with victories over Todd County and Edmonson County.  Tuesday the girls traveled to Elkton and the JV team got things started with a victory in straight sets with scores of 21-8 and 21-15. The coaches are very happy with the team’s progress and the way the team plays together.  The varsity team started extremely rough falling behind 17-10 in the first set but rallied behind London Howards strong serving to close out with a 15 to 5 run winning the set 25-22.  Second set saw the Lady Bears settle down and play much better cruising to a 25-18 victory.

Thursday the girls opened district play vs Edmonson County and was also their first home game.  The JV once again set the tone for the night winning 21-17 and 21-7.  They improved their record to 3-0.  The girls played well in both sets but were more consistent in the second.  Serving has been an area the girls have worked hard on and it is showing.  The number of errors has reduced drastically from last year.  A great crowd showed up to cheer on the Lady Bears and they got their money’s worth.  Butler fell in the first set 17-25.  Consistent serving and digs seem to be the issue early on, but the girls turned things around and won three straight sets, 25-19, 25-19, and 25-16 (district play is best 3 out of 5). The last three sets were played much cleaner and was as good as the girls have played all year.  It was a complete team effort, strong serves, digs, blocks, assist, and kills.  A great home/district win to improve to 5-0.

Next week the girls have two home games; Tuesday vs Barren County and Thursday vs Grayson County.  Both games are F/JV/V and begin at 5:30