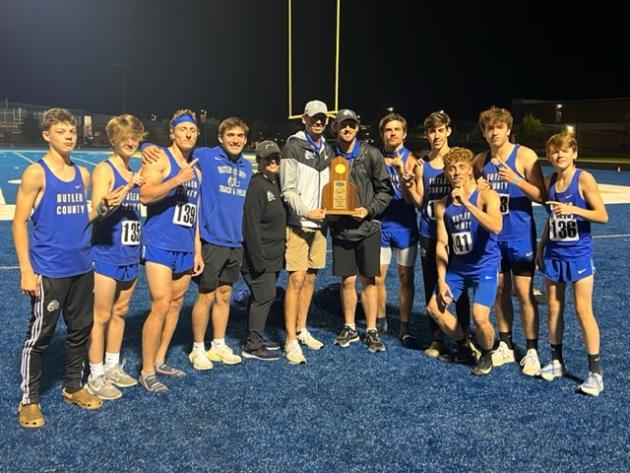 The Bears are Region 2 Track & Field Champions. Butler County scored 102 points in route to their first Regional Championship in almost 30 years. The Bears defeated regional runner-up Bardstown who finished with 95 points. Coach Fuller was thrilled with his team’s performance “We knew we were one of the top 2-3 teams in the region based on rankings, but these kids met and outperformed their seeds in almost every event. I couldn’t be prouder of the way both boys’ and girls’ teams competed”. The Bears also had several individual Regional Champions. Josh Morris won the 100m Dash, 200m Dash, 400m Dash & was the anchor leg on the Regional Champion 4x400m Relay Team.

“Very proud of Josh, he has worked so hard to get to this point. To be a regional champion in 4 events is unheard of and he made it look easy,” said Head Coach Andy Fuller.

Coach Steven Lindsey states, “For Landon to win a Regional Championship is a huge accomplishment. He has worked tirelessly on his craft, and it showed here today.” 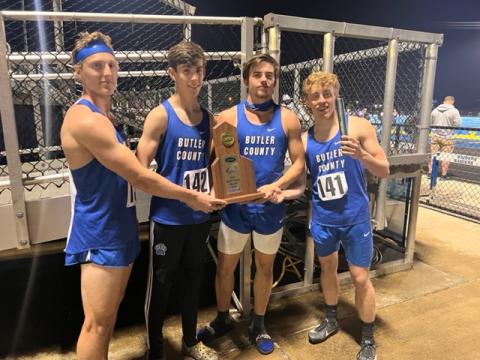 Butler County moves on to compete in the KSHAA State Championships at the University of Kentucky on June 3rd. Follow results live here: http://milesplit.live/meets/483333

Butler County had several notable finishers in both Boys and Girls events.