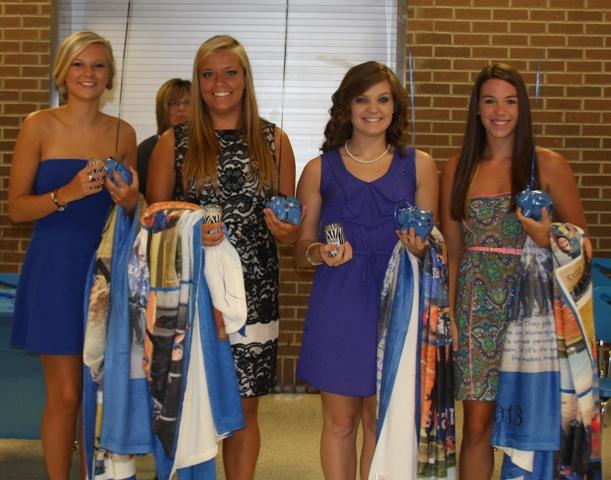 A special event at the banquet featured the signing of shortstop Madeline Drake and pitcher Morgan Manning with Brescia University.  Bearcats' Head Coach Traci Smith was present for the signing and she spoke briefly about both players and the impact they will have at Brescia.  Coach Smith also provided general information about the college softball experience and the recruitment process.

Following a meal, BCHS Head Coach John Embry provided a brief summary of the 2013 season.  The Bears went 22-14, finished second in the Mayfield Ice Creamier Classic Tournament in Paintsville, was runner-up in the 12th District Tournament, and advanced to the Third Region Tournament for the sixth consecutive year.  The 2013 season was also the sixth straight year that the Butler County Softball team has notched over 20 wins.  The JV/F squad finished the year with a 15-8 record.

The following awards were given out: