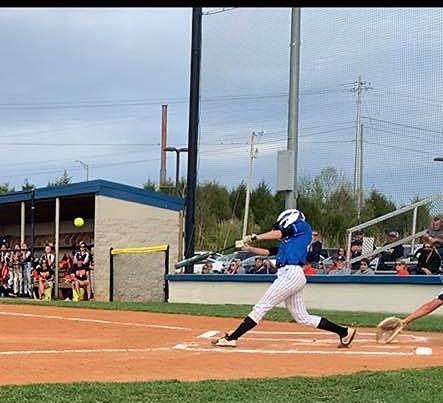 The Bears set the tone early, scoring 11 runs in the bottom half of the first inning.

Helping her pitching cause, Hunt led Butler County at the plate, finishing 3-for-3 with four RBIs.

Madison Clark and Aubrey Clark each doubled for the Bears in the district win.

In the circle, Hunt registered two strikeouts as part of a no-hit shutout.

Aliceson Hunt earned the win in the circle for Butler County. Hunt surrendered one run on six hits over eight innings, striking out three and walking zero.

Bowling Green pitcher Savannah Jones suffered the loss in the circle. Jones allowed five hits and two runs over seven and a third innings, striking out four and walking zero.

Bowling Green edged Butler County 6-5 in the hits column and committed only one error.

But Butler County persevered in the high school softball matchup.

Olivia Austin paced Butler County at the plate, providing two hits in four at-bats. Austin delivered an RBI single in the bottom half of the eighth inning to lift the Bears to the win.

The Bears beat Bowling Green for the second time in the 2021 high school softball season.