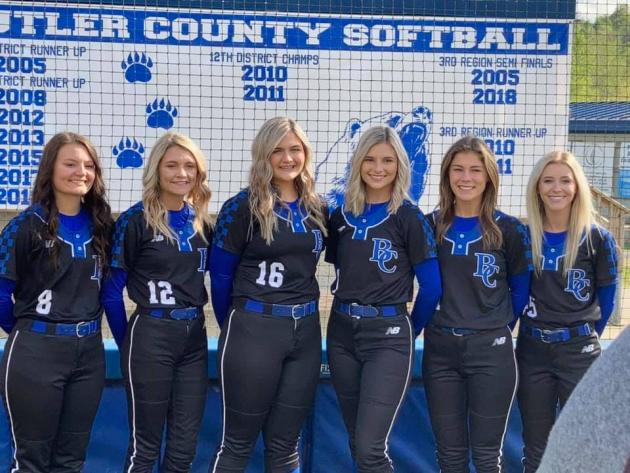 Setting the tone early, Butler County plated five runs in the bottom half of the first inning.

Aliceson Hunt earned the win in the circle for the Bears. Hunt surrendered one run on three hits over seven innings, striking out one and walking one.

Brooklyn Keller started the game in the circle for Owensboro. Keller allowed five runs on five hits and walked zero.

Autumn Proctor and Aleace Hall each homered for the Bears during the non-district game. Proctor drove in three runs for homestanding Butler County.

Hall, Carley Jones, Olivia Austin and Conley Moore each recorded multiple hits for the Bears. Jones led Butler County at the plate, finishing 4-for-4 with two doubles and two RBIs. Both Hall and Jones drove in two runs for Butler County.

After Hopkins County Central plated two runs during the game's initial at-bat, Butler County answered. The Bears erupted for seven runs in the bottom half of the first inning to move ahead. Butler County took the lead and never trailed again.

Aliceson Hunt earned the win in the circle for the Bears. Hunt allowed four hits and two runs over five innings, striking out six and walking zero.

Conley Moore homered for Butler County in the first inning and collected four RBIs during the game.

Defensively, Hopkins County Central committed the only error in the game.