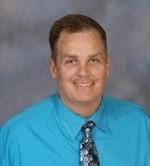 At least one local school will have a new principal come August.

After thirty-one years at Butler County High School (BCHS), Mr. Michael Gruber has announced his retirement. Dedicating his career to a life in education, he taught Spanish I, II and III for 20 years, during that time, sponsoring the Foreign Language Club and coaching the Academic Team. Mr. Gruber became assistant principal in the fall of 2009 and principal in 2016.

Being in education for thirty-one years, Mr. Gruber says “so much has changed over the years.” He cites this as one of “lots of things” that made him decide to retire. “It’s not been any one thing.” He adds, “I do look forward to more family time.” Mr. Gruber is married to Lynn and has three children, Brittney, Hanna and Mark.

Gruber feels like his biggest accomplishment as principal was to help create a “caring, safe, and welcoming environment for students to learn in.”

As for retirement Gruber says he doesn’t have any specific plans yet but he’s sure he’ll stay busy.

As for the future of BCHS, he hopes “it will continue to function like a family and continue to nurture students into a successful transition to life after high school.”

The position will soon be posted, and a new principal is expected to be hired in the coming months.