The 2018 Butler County High School Bears' football awards banquet was held Thursday, January 24th at the BCHS Commons Area. Players, parents, relatives, and friends were in attendance to honor the 2018 squad.  Head Coach Brandon Embry was the master of ceremonies and had a "thank you" list that ranged from boosters, parents, family and coaching staff for all the support.

The following awards were given based on season ending stats in categories.

Offensive Back of the Year: (Junior- Ethan Lawrence)

The Troy Tuck Award first began in 1983 and is given each year to a player based not only by on the field performance but off the field charter and responsibility. The late Troy “Sally” Tuck was a long-time football booster of BCHS; forming the first ever Quarterback Club in Butler County.  The award is named in his memory and long noted contributions to BCHS Football.

The night ended with Coach Embry’s "thank you" to so many who made contributions to help the BCHS Football Program of 2018. Local merchants and businesses, and a list of so many behind-the-scenes parents and boosters. The future of BCHS Football is promising and will continue to grow and improve. 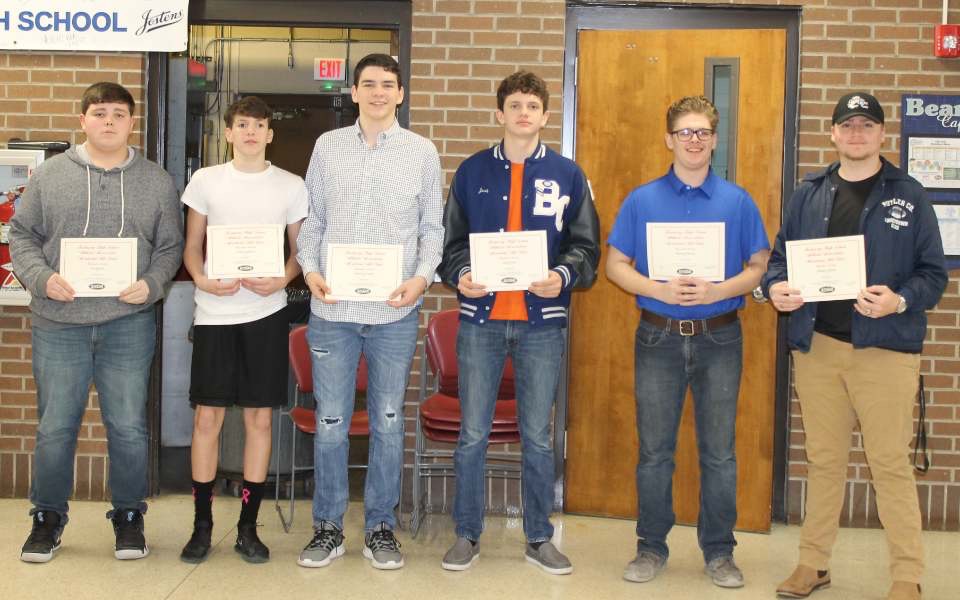 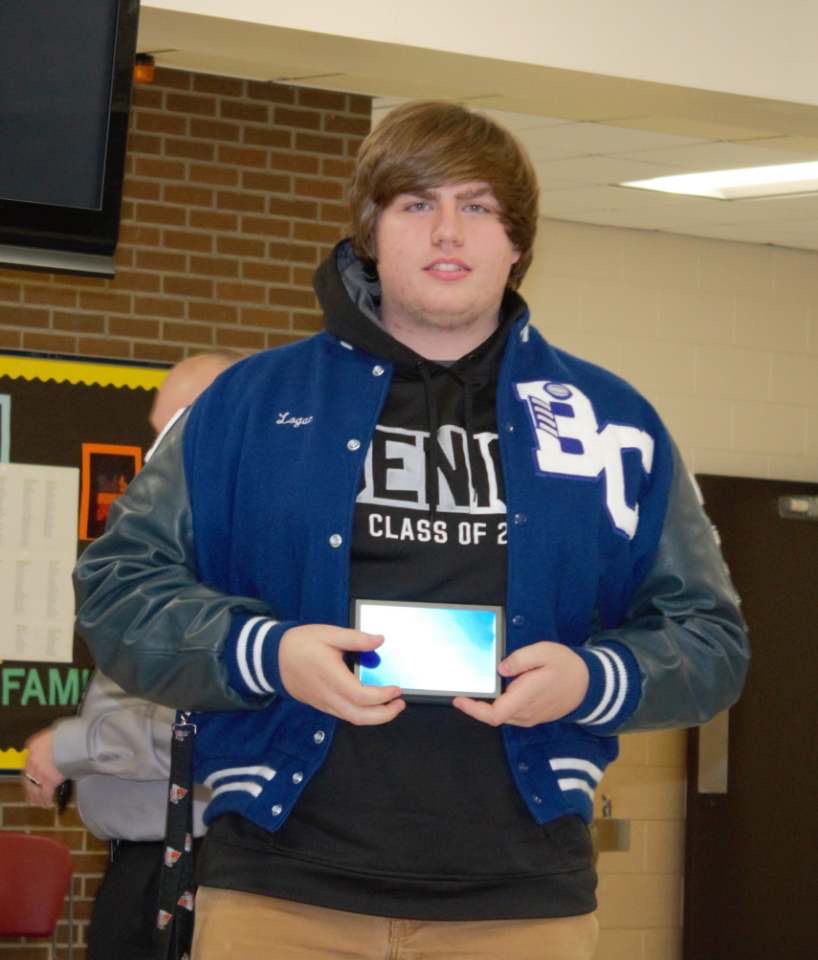 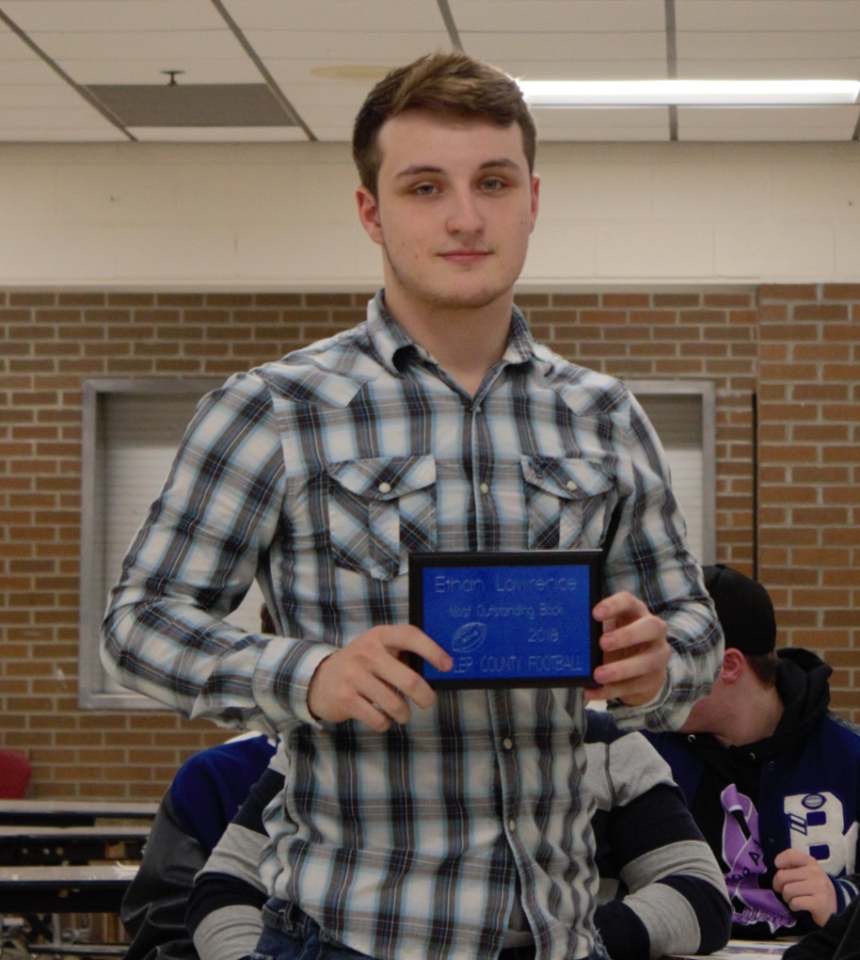 Ethan Lawrence - Offensive Back of the Year 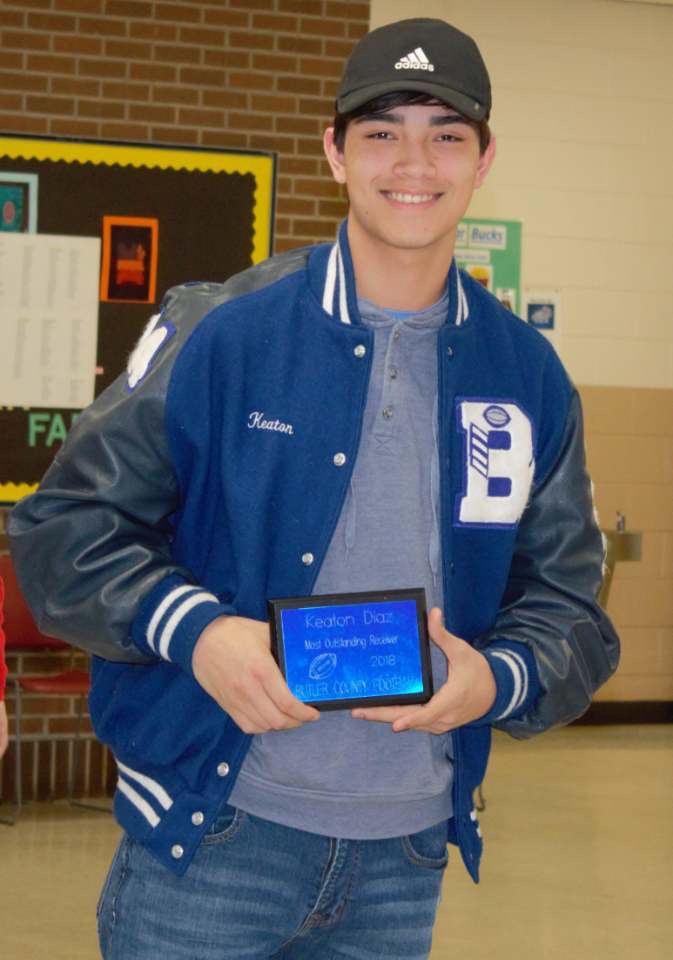 Keaton Diaz - Receiver of the Year 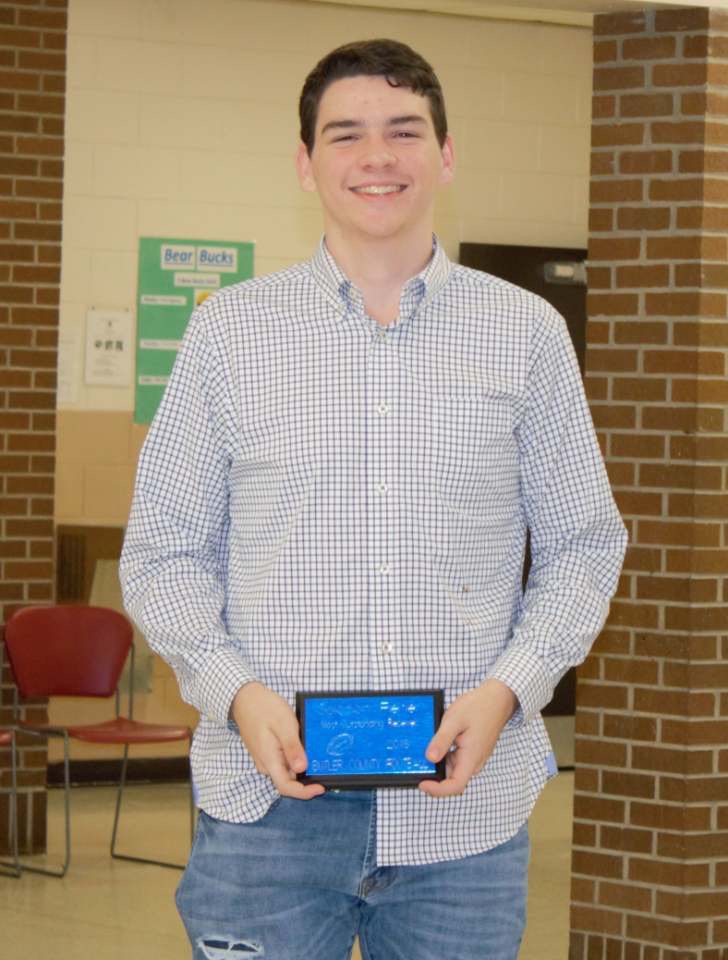 Solomon Flener - Receiver of the Year 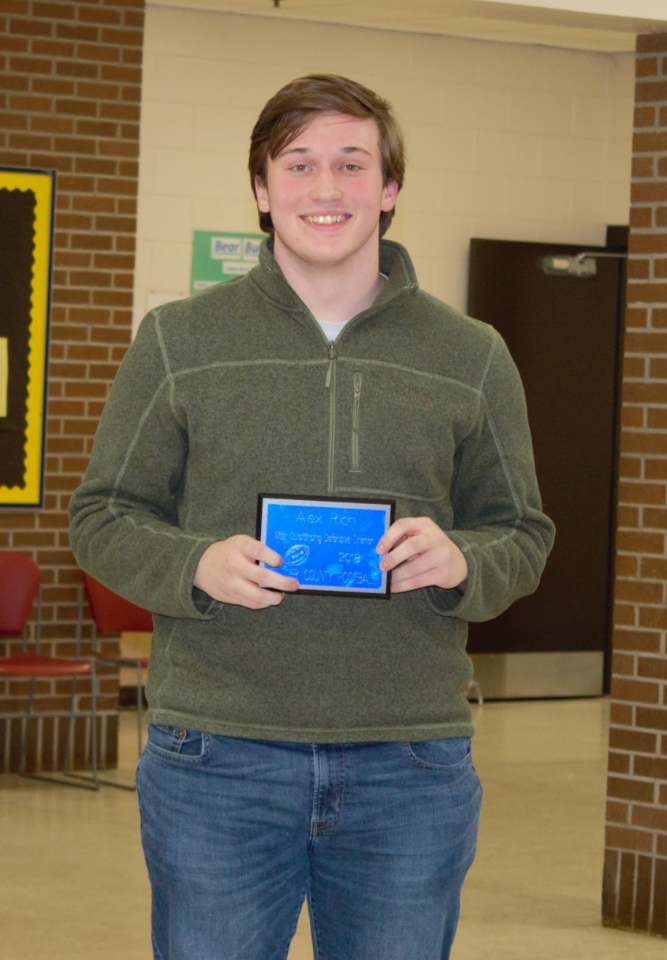 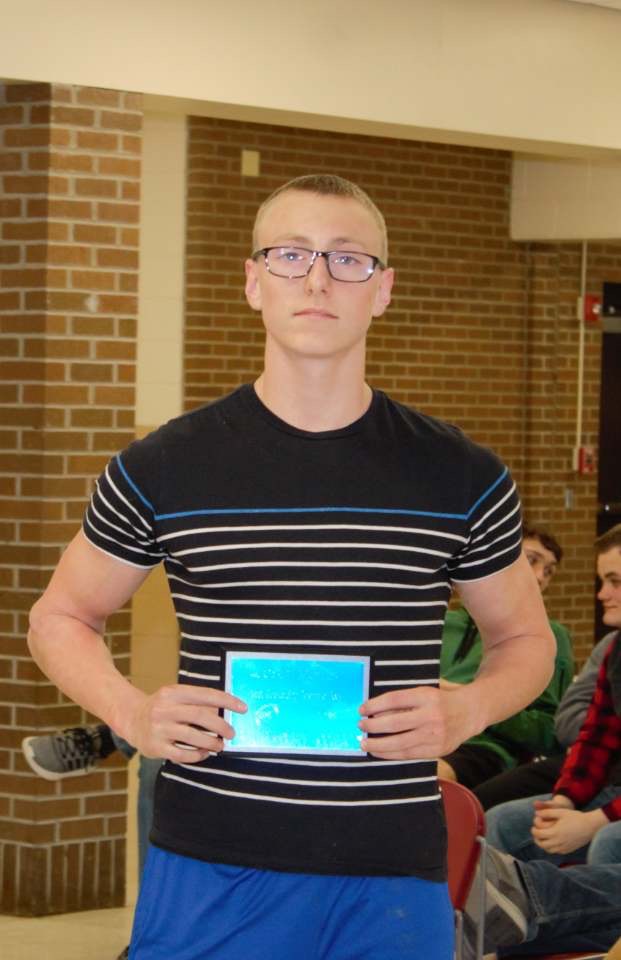 Josh Morris - Defensive Back of the Year 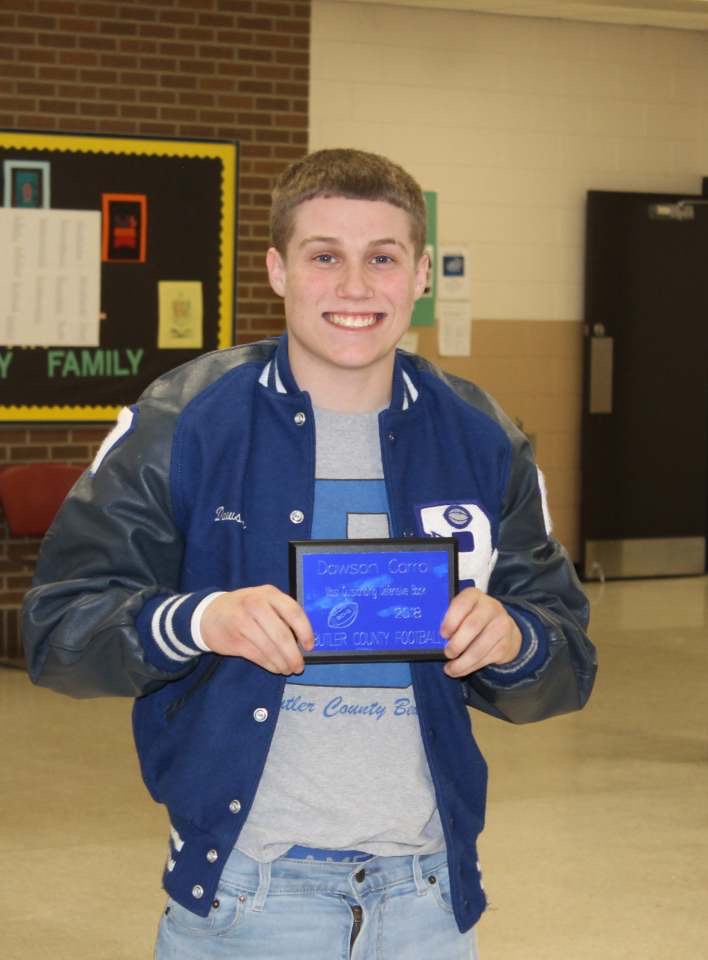 Dawson Carrol - Defensive Back of the Year 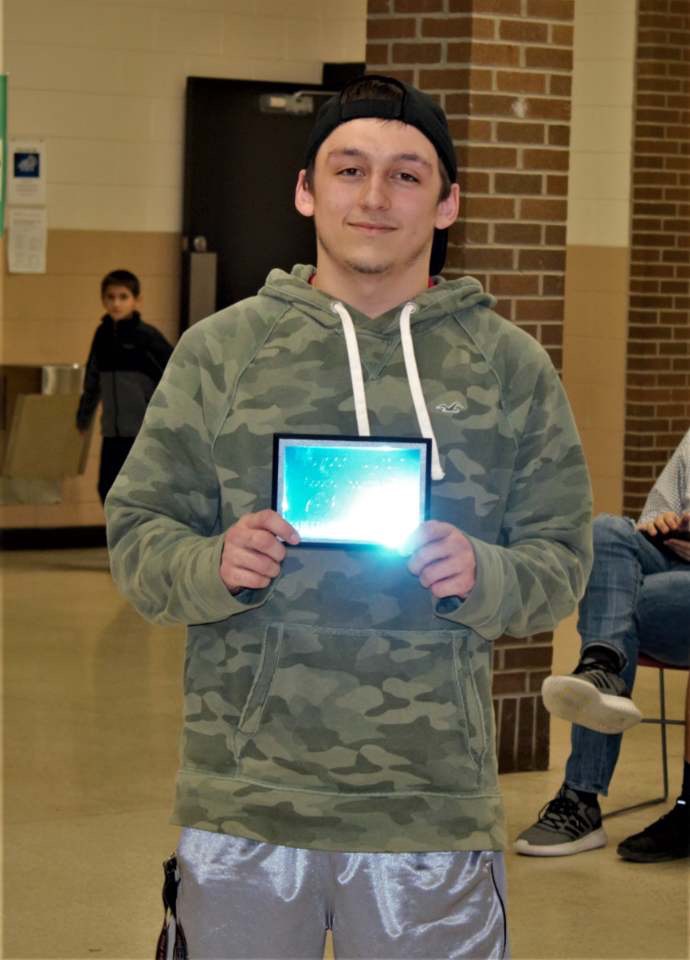 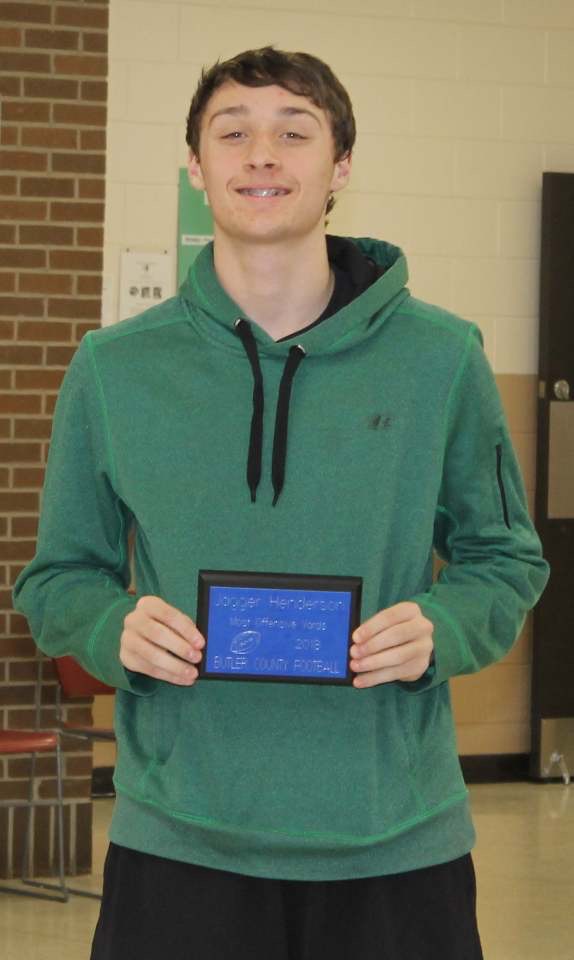 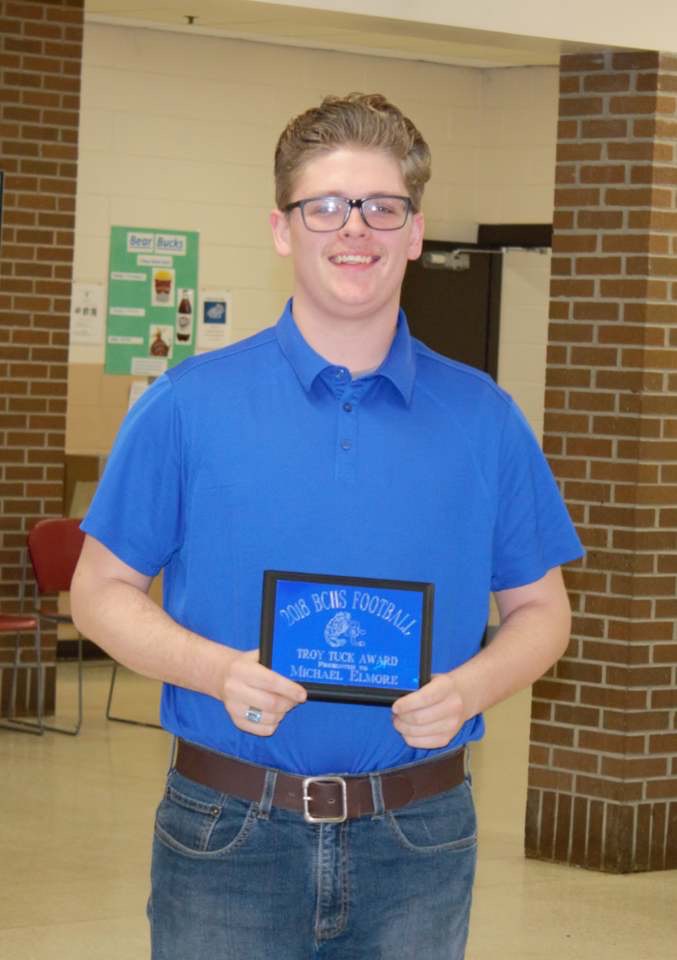 Warren Cameron - Linebacker of the Year

Tiler Yates - Linebacker of the Year 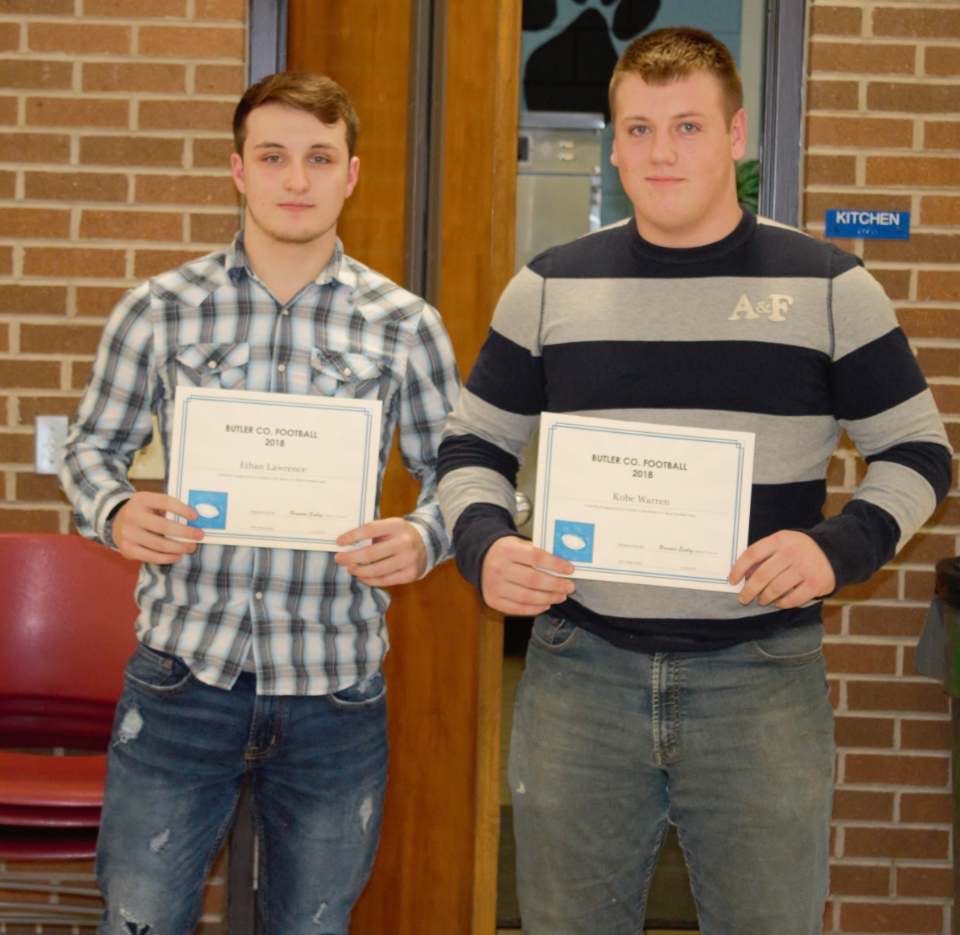